GSA League 2021 Finals: Everything you need to know

After a month since the end of the group stage, the GSA League is back with its playoffs.

This weekend, the four best teams in the GSA League will be playing in the GSA Finals.

These will include two European League rosters -- G2 Esports and Rogue -- and the European Challenger League lineups of Sissi State Punks (SSP) and Team GoSkilla, who both secured their CL spots through the Open Qualifiers.

The GSA League 2021 began with the European League sides of G2 Esports, Rogue, and Team Secret as the favorites to lock in spots at the Finals. Meanwhile, SSP was able to establish itself as the best lower-tier roster in the competition with a top-of-the-table finish, even beating all of the EUL teams.

Team GoSkilla’s roster changes during the season also helped build a strong squad that eventually got into the final top four.

As a result, of the three EUL teams, it was Team Secret that missed out. It was beaten twice by G2 Esports and once by both Team GoSkilla and SSP, with the latter two defeats hurting the team the most. These and some other shocking defeats against PENTA in the second week and GC Esport were just enough for Secret to lose out to G2 on head-to-head.

GC Esport, who might also compete in the next season of the European Challenger League, avoided relegation after defeating Team GoSkilla on the very last day of competition.

At the bottom of the standings, PENTA and Ovation eSports did not have a successful season and will have to fight to keep their GSA League places in the Relegations. Ovation, however, will compete in the next CL after finding success in the Open Qualifiers.

Coming off another poor international performance, G2 Esports will be seeking glory domestically ahead of an EUL return for Stage 3.

Despite securing five wins out of a possible five at the start of the GSA League, G2’s awful run at SI 2021 saw the team bench the Finnish duo of Juhani “Kantoraketti” Toivonen and Aleksi “UUNO” Työppönen. In their place, the German duo of Lucas “Hungry” Reich and Jonas “Jonka” Kaczmarzyk was signed.

The European League roster kept pace with SSP for the lead throughout the regular season, but five consecutive losses in the last five weeks saw G2 labour to a playoff spot ahead of Team Secret.

Despite its current form in the EUL, Rogue was capable of keeping up with the pace of its European League rivals in the GSA League. It beat G2 Esports in regulation time twice, and while it lost to Secret twice, one of those losses had been in maximum overtime.

The team now heads to the GSA Finals with only four actual players, as Lukas “korey” Zwingmann announced his retirement in August. As such, Rogue coach Matthew “meepeY” Sharples will be stepping in for the timebeing, like how William “Titan” Davie had to step in for Secret in the group stage.

The German SSP roster was impressively consistent throughout the season, only having lost twice until Week 12. However, SSP’s luck changed once the roster locked a playoff spot, as the German roster conceded three losses in a row.

Some of that was likely due to its switched focus over to the Challenger League Open Qualifiers, which netted the team a spot in the second-tier competition for 2021. Now, having made no changes throughout the season, it turns its focus back to the GSA League ahead of the playoffs.

GoSkilla had a difficult campaign, with its roster changing more than it would have liked. After beginning the season with Kapkan stepping in for M4DMAN, Solotov was then permanently replaced by Turqo.

But Turqo’s signing made the roster look stronger than ever before, as he finished as the fourth-highest rated player in the league, with a SiegeGG Rating of 1.23.

As such, GoSkilla had an excellent end to the season, with its only loss in the second leg coming in the very final game of the campaign. Now, qualified to the Challenger League like SSP, it will be hoping to continue its strong momentum into the GSA playoffs. 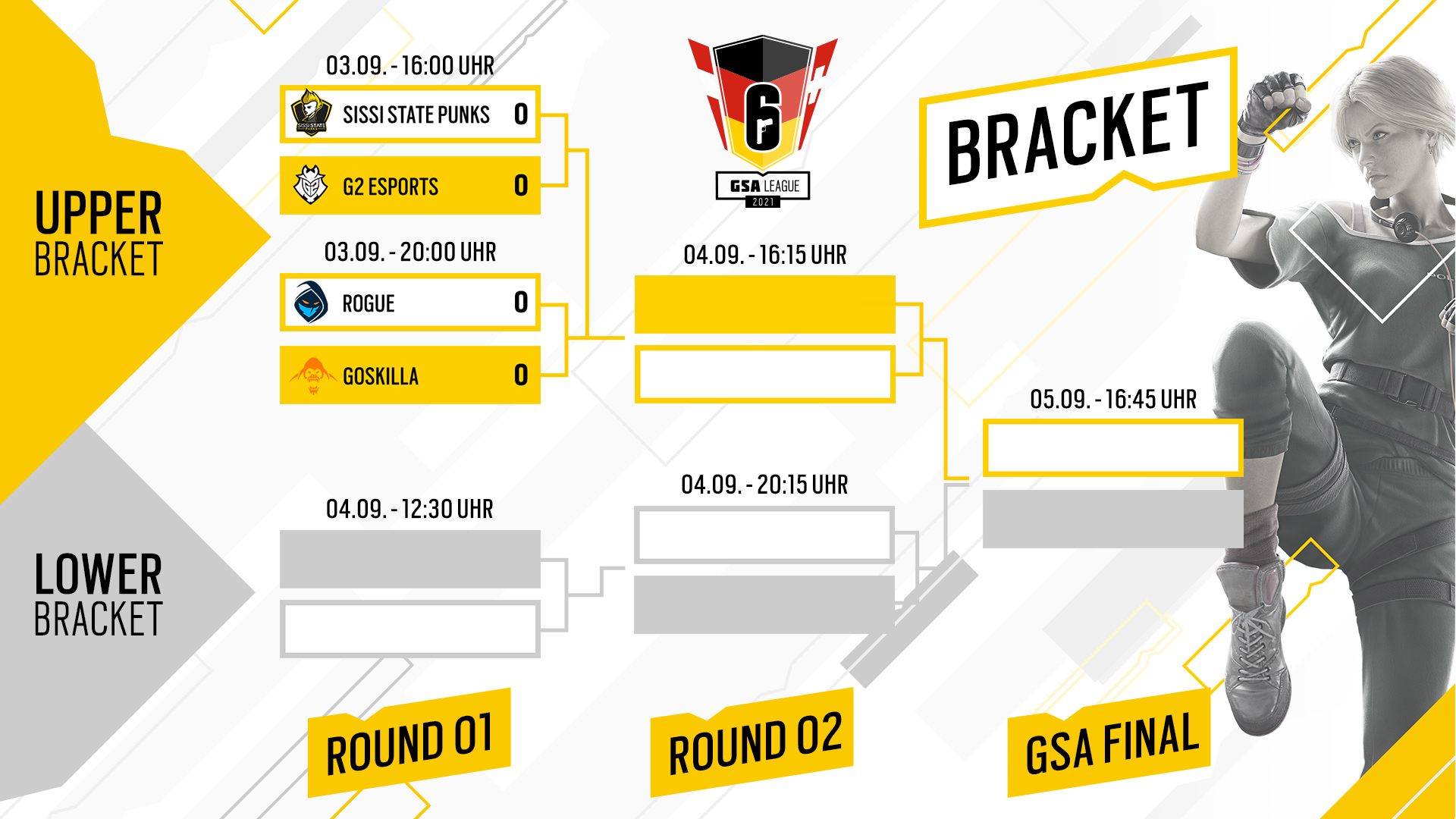 The teams will play in a double elimination bracket, with best-of-three matches across the board.

The group stage topper SSP will play against G2 Esports to kick things off, while Rogue will face Team GoSkilla.

Catch all the matches on the official Twitch channel in German, at Rainbow6DE, with Milan “Milli”  Nowakowski, Markus “Der Fox” Schwenn or Thore “ThoreBnB” Lehmann, among others. 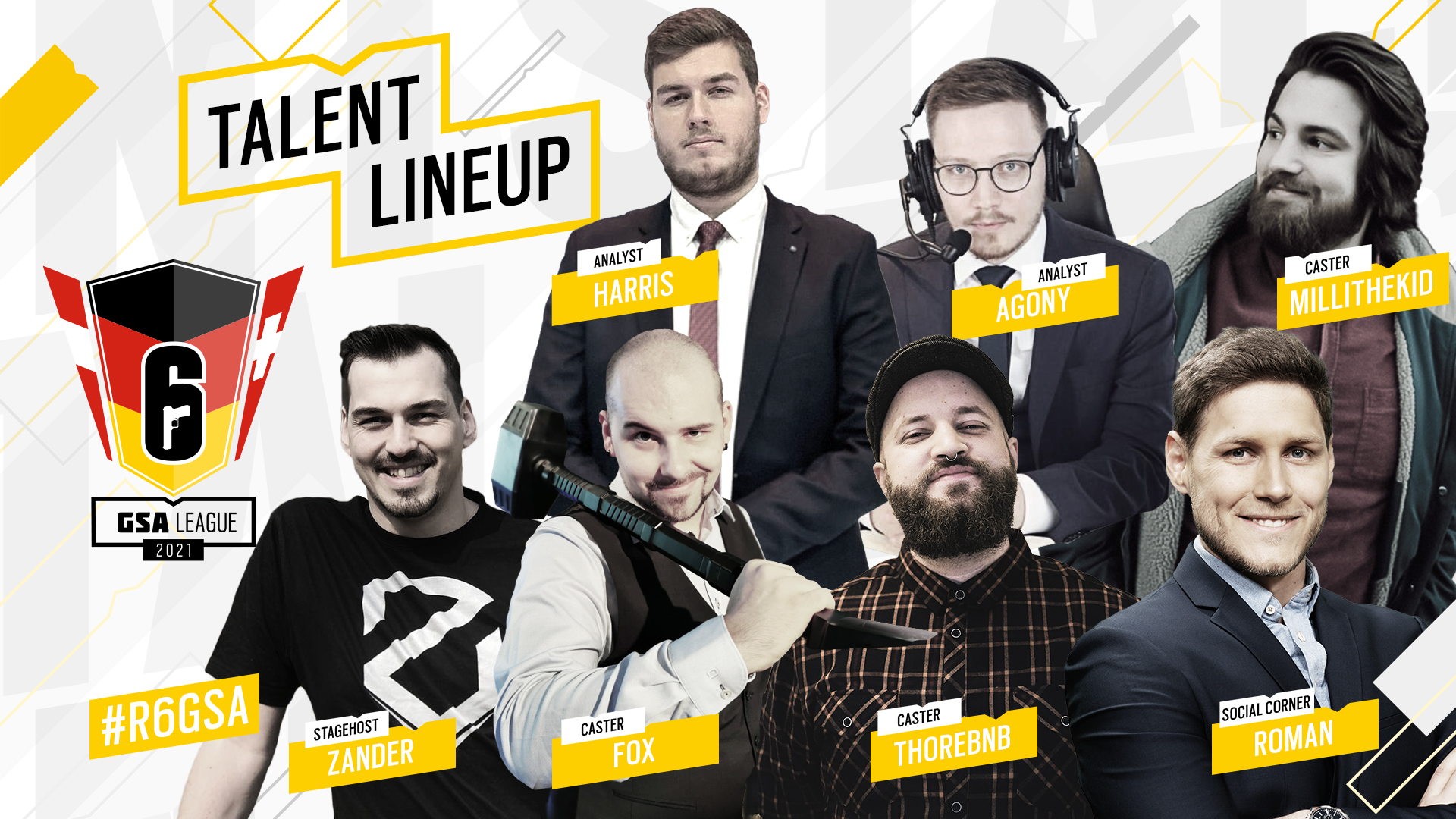