An incredible set of performances from the young Brazilian helped his team to its first international title.

After a short but frantic week of play in the first Six Major since the Raleigh Major two years ago, Team oNe's Juliano "Levy" Andrade dos Santos Benos has been crowned the SiegeGG Six Mexico Major MVP (Most Valuable Player).

Levy's achievement comes after he topped the SiegeGG Rating for the event, while also winning the title. He edged out his teammate Karl "Alem4o" Zarth, who also had a stellar event.

Levy ended up taking the MVP plaudit after a stellar title-winning run for his team, despite the fact that one round lost against CYCLOPS athlete gaming would have seen his team exit in the group stage itself.

Though Levy was not the best player on his team in the grand final itself, he finished as the top-rated Team oNe player with a 1.17 Rating, just 0.01 ahead of Alem4o.

The young gun secured 158 kills across the 17 maps his team played, finishing with a +44 K-D split -- the third-highest all event. He also managed to reel off four 1vX clutches -- second-highest at the event -- while also having a 70% KOST.

While only being top-rated in a 2-7 loss to CYCLOPS athlete gaming in the groups, it was in the playoffs where Levy truly came alive. He topped the charts against DarkZero Esports (1.51 Rating) in the quarter-final and against Team Liquid (1.33 Rating) in the semi-final.

Now, he returns home to Brazil while having won both the Six Major and the SiegeGG MVP award.

Though there can only be one MVP, there were also five other stellar performances worthy of the EVP (Exceptionally Valuable Player) award.

In alphabetical order, they are:

"The German" is very quickly flourishing into Brazil's next superstar player. After a meteoric rise punctuated by a statement Six Invitational, Alem4o was awarded Rookie of the Year honors.

Consistently the best on his team since the start of the 2021 season, Alem4o was leading the Team oNe charts up through the semifinal victory against Liquid. While an underperformance in the grand final will keep him away from his first MVP award, he doubtless will have many more chances at it as Team oNe's unquestionable star player.

Every player on Team oNe has stepped up at times throughout the team's 'impossible' run to win the Mexico Major, but Neskin's was at the most opportune time.

After having a solid tournament, he turned up big in the grand final, where his performances were able to propel the Brazilians to a win over Team Empire. A 1.16 Rating marked the highest of any player in the grand final, and is an impressive feat across five maps of grueling play.

In Mexico City, Paluh has continued his run as the best player in the world. Despite being eliminated in the semifinals, he earned the top spot in the event's Rating leaderboard with a 1.38, and notched a +59 kill differential and 77% KOST, each also highest at the major.

Had he reached the final, Paluh would have been in an excellent position to secure back-to-back MVPs, even in a loss (like his award at SI was).

It is hard to fully comprehend just how much better Paluh is playing than anyone else right now, but until now Liquid has not been able to create the team success to match his unprecedented individual dominance.

Often known as one of the best players in Europe, Shaiiko led BDS to a top-four finish behind stellar play throughout the event. He came into the major looking to rebound from a pedestrian Six Invitational (at least by his lofty standards), and almost immediately he did exactly that.

Had it not been for Paluh's sheer brilliance, Shaiiko would have been the clear best player at the event with a 1.28 Rating. But despite Shaiiko's best efforts, BDS was not able to advance past its regional rival Team Empire in the semifinals.

The Russian rock has entered has always been in the talking for the title of best support player in the world.

While his most notable individual accomplishment is an event-leading 29 plants in just 16 maps, Sheppard also scored the highest Rating and KOST on his team, in addition to countless high-impact plays that often cannot be measured purely by statistics. All of these feats are rare on their own, but to do so from a hard Thermite and Smoke support role is doubly impressive. 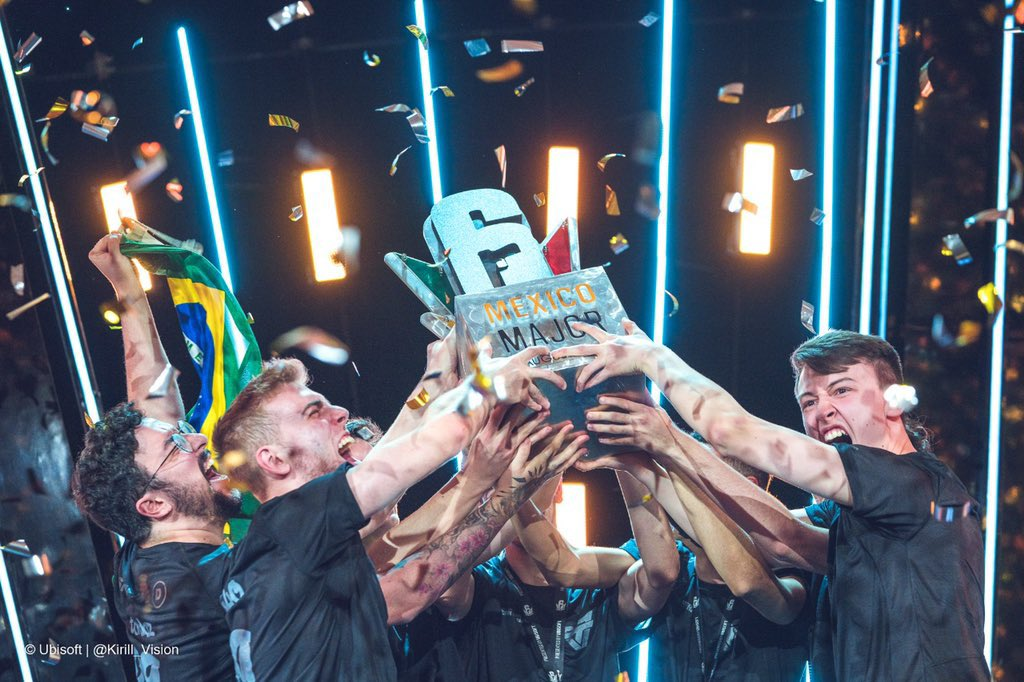 With this, Levy will now appear in the SiegeGG MVP list for the first time: