Both SSP and GoSkilla booked playoff spots this week, while G2’s fourth loss in a row put it in a tough spot.

Featuring three overtimes and a very unexpected G2 Esports loss against Ovation eSports, the penultimate week of action in the GSA was one for the books.

That shock victory was followed up by an incredible three 8-7 results, keeping fans, casters, and players alike on their toes throughout the play day.

Keep on reading to find out what happened and how the results have affected the standings, as teams head to the very last week of action.

This match was one to forget for G2, as the European League (EUL) squad lost to the bottom team in the GSA League.

The game on Chalet saw Ovation control the pace throughout, leading to four attacking rounds in the first half. Despite G2 threatening a comeback, narrowing the gap to 4-3, a reset for Ovation gave the full-German squad a comfortable win in the end.

Two splendid performances by Acelele and Witheball were key to Ovation’s performance, while Jordan “Kayak” Morley was the only performer on G2, as Lucas “Hungry” Reich finished with just one kill across the 10 rounds.

The loss meant that G2’s place in the playoffs is yet to be confirmed, despite the EUL team having spent much time at the top. Meanwhile, Ovation’s win was largely for pride, with the team already locked into the relegation zone. 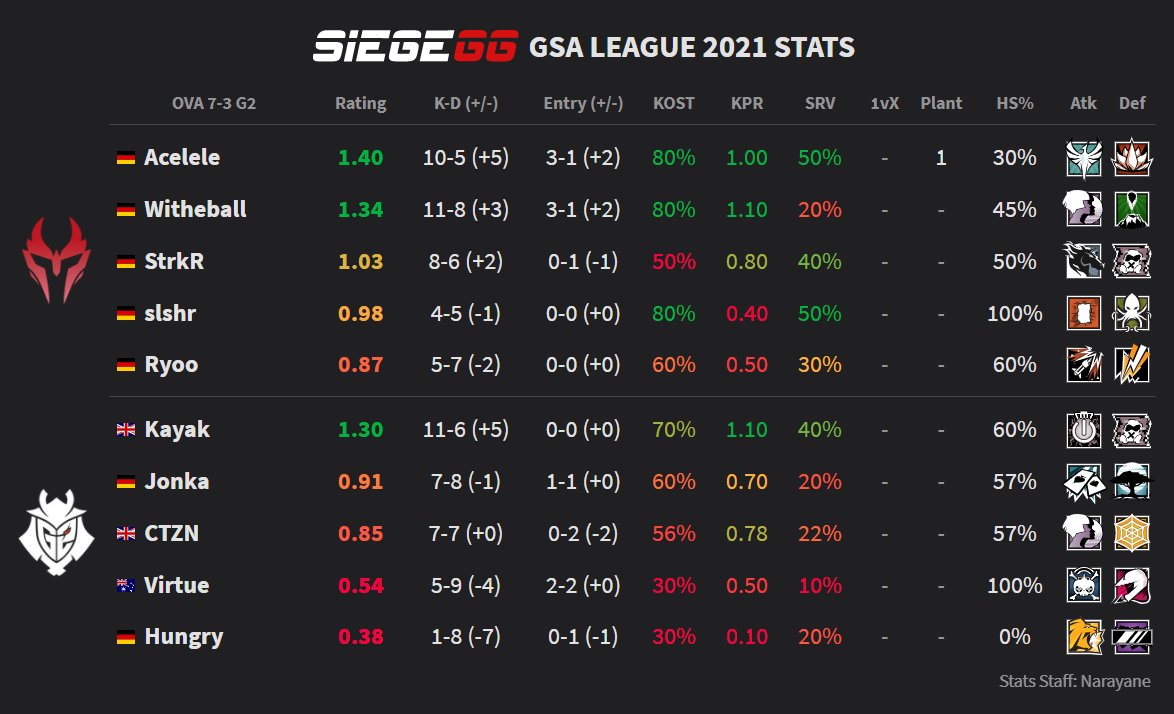 Seeking to capitalise on G2’s missteps was Team Secret, who had been looking to break into the Top 4 for the first time in weeks.

But eager to cement a playoff spot was GoSkilla, with the team confident enough to continue experimenting with its playing roster. Fatih “Solotov” Türker was brought back in for the first time this split, but it was Benedikt “Sherminator” Rostok that sat out -- not Turqo, who had been playing in Solotov’s place this split.

After a gruelling 15 rounds and despite an arguably risky experiment, GoSkilla took down Secret and secured its place at the GSA Finals.

The win was the sixth in a row for GoSkilla, with the turnaround in form having come after Turqo had begun playing in Solotov’s place this split. 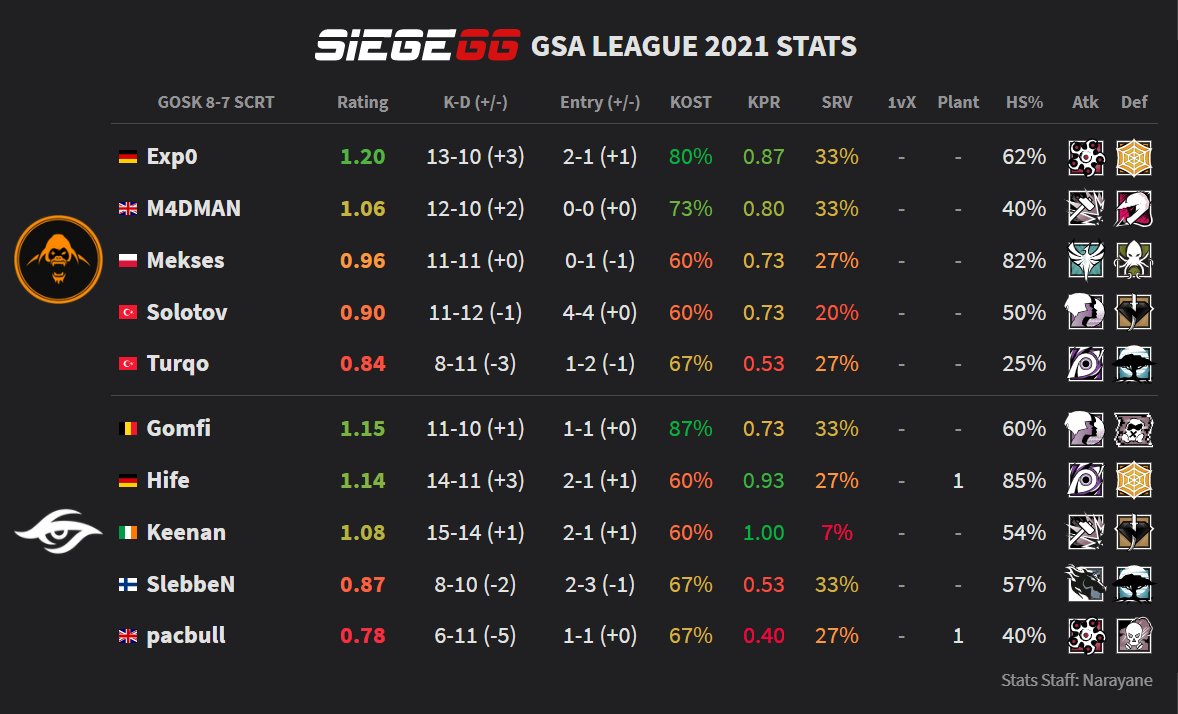 Meanwhile, GC Esports fought went up against league-leaders SSP, seeking to secure sixth place. A win was set to give GC a chance to escape the relegation zone, while a loss would have taken the team out of the running.

While SSP had a strong first half, it was GC that prevailed -- largely due to the firepower of Jay and Paiin0 combined, who secured 21 and 13 kills, respectively.

Jay impressed everyone with an impressive ace on Round 10, as Gisela’s perfect usage of the Echo drones almost cut short what ended up as one of the best plays in the game.

Equally important were Koji’s and Qurly’s clutches while defending, keeping GC alive and allowing the team to secure a strong and very vital upset over the league leaders.

Not all was lost for SSP, however, as the one point in overtime still secured a spot in the GSA League Finals for the team. 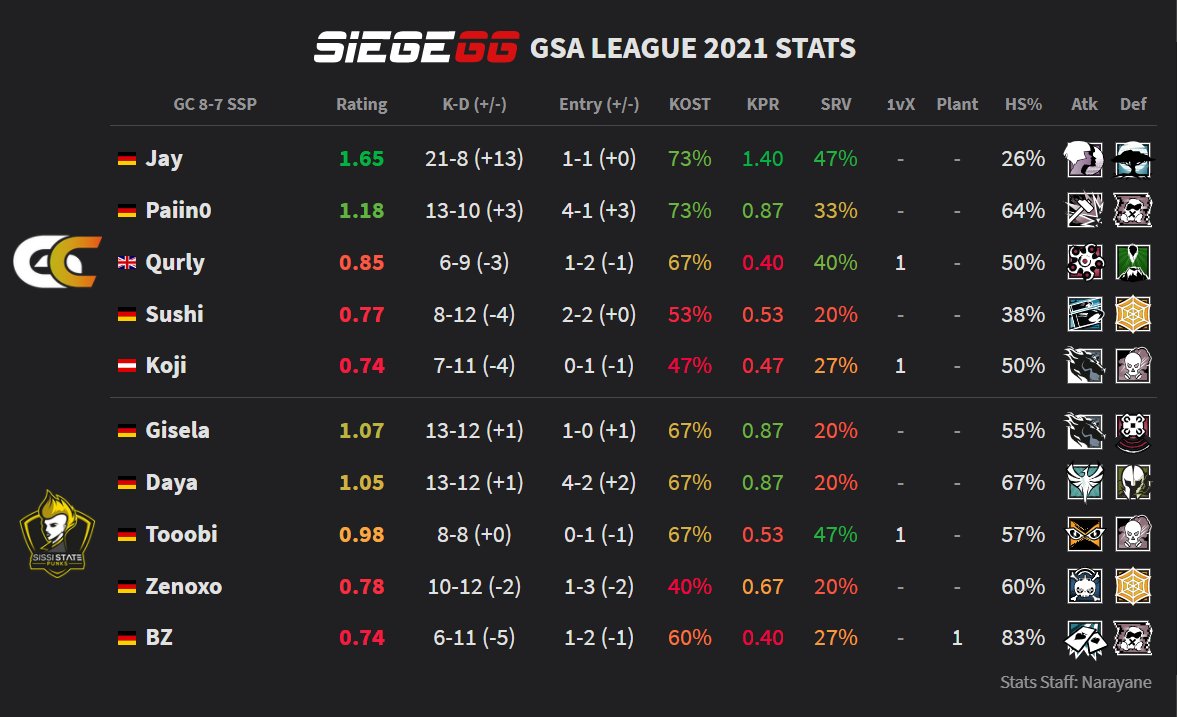 The last game of the day saw the Turkish roster of PENTA take on the struggling EUL side of Rogue in a crucial match for both teams, but for separate reasons.

While PENTA needed a win to inch further away from the relegation zone, Rogue needed a regular-time victory to confirm its place in the playoffs.

The Clubhouse match was very evenly-matched, with neither team able to string two rounds in a row until PENTA did so on Rounds 6 and 7.

Four kills from Fluchtw4gen on Round 11 helped put PENTA one round away from sealing a Top 6 finish, but Rogue struck back to force overtime and then secure match point itself.

However, four more kills by the same man on the penultimate round gave PENTA another shot at the win. Needing no further invitation, the Turks secured two crucial points to edge further away from GC Esport in the standings. 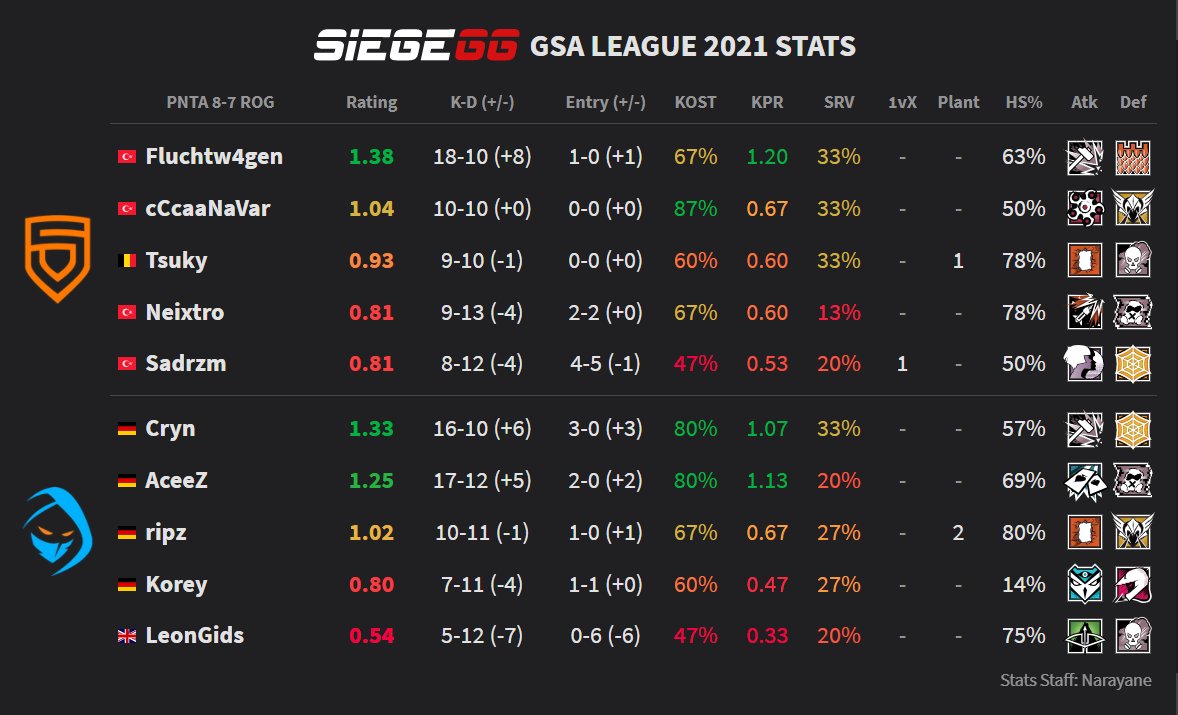 Despite just one day of regular play remaining, only three teams have locked in their positions so far. 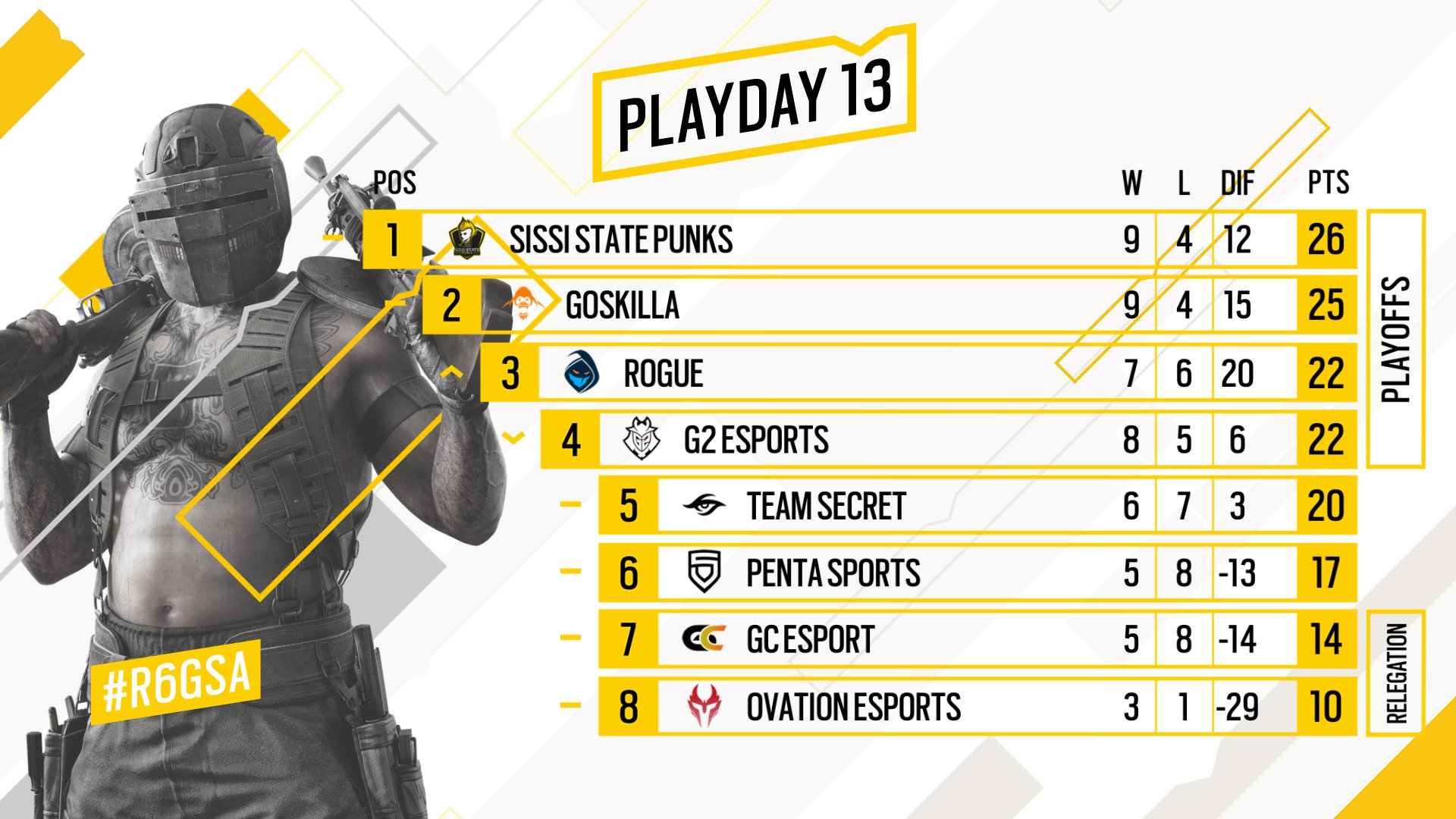 Of the remaining five, PENTA and GC Esport will seek to push each other down into the relegation zone, while three EUL teams will be fighting for two playoff spots to join SSP and GoSkilla.

As such, the G2 vs Rogue matchup could prove to be an explosive affair. Despite G2 being comfortably clear of Rogue in the EUL, it will likely be fully focused on its upcoming Six Major Mexico appearance.

Not only that, with G2 on a four-game losing streak and with Rogue having defeated G2 7-1 in the first split, the odds are looking stacked against G2.

Furthermore, Team Secret will be one to watch for, having dropped Vincent “Hife” Finkenwirth earlier this week.

As a result, the William “Titan” Davie -- the coach -- will likely step in, having done so when Keenan “Keenan” Dunne had been unable to play due to personal reasons. Surprisingly, Titan had finished as the highest-rated player in that game.

The attention will then go down to the bottom of the standings, as GC Esport and PENTA look to escape the call of the final relegation zone slot.

A mere point for PENTA against Ovation will seal the deal for the Turks, while a loss to Ovation -- and a win for GC over GoSkilla -- could see them tumble down to seventh place.

Make sure to tune in for all the action tommorrow on the Rainbow6DE Twitch channel, starting from 7 PM CEST (UTC+2).