As the GSA League 2021 season progresses, SiegeGG spoke to PENTA management and coach to find out more about this new team and its campaign.

Shikhar GuptaJune 17, 2021
The PENTA of today is very different from the PENTA that most Rainbow Six fans will be familiar with.
That PENTA had won two Pro League titles and a Six Invitational, before eventually losing its team to G2 Esports. Soon after, the German organisation would sign a largely French-speaking Mock-it roster that would go through many iterations before being released after a second failed EUL promotion attempt at the end of 2020.
In early 2021, PENTA would then sign the WhiteTigerZ roster in somewhat of a surprising move, given that it was neither French, nor German, but a mix of nationalities that would eventually turn into a Turkish-majority team.

While being a Turkish team by players, the PENTA organisation's Berlin headquarters meant that it would be invited to the GSA League in 2021, which started on the 9th of April this year.

So far, PENTA has been unimpressive if going simply by the league table. It is in sixth place with nine points, which is seven adrift of league leaders G2 Esports.
But of its five losses in total, three had been in overtime, and two of those had been in maximum overtime to G2 Esports and Rogue. Not bad at all for a roster that is not even in the Challenger League yet.
SiegeGG spoke to PENTA management, as well as its coach Declan "Bugs" McWilliams to find out more about this team and its GSA 2021 campaign.
It has been some time since we last spoke, which was with the old French roster. What made you opt to sign this Turkish roster and what are its goals right now?

PENTA Management: After parting with the French roster, we have decided that our main priority would be to get a team that would represent us in the GSA League.
We've been tracking the process of "WhiteTigerz" and we realized they're a team with plenty of potentials. Even though the roster has changed a couple of players along the way, we are certain the team is on the right path and the games in the GSA league so far have been showing that.
Our main goal would be to qualify for the Challenger League and move one step at a time from there.

How has COVID-19 affected your plans for the team, if at all? A possible team house in Germany after things start returning to normal, perhaps?

PENTA Management: COVID-19 has indeed affected most of the esports teams. Recently, we moved into a new gaming house in a different part of Berlin. A few days ago, CaNavaR and Tsuky just visited the new gaming house, but we do want to organize a boot camp for the team, possibly before the beginning of Challenger League in case we secure the spot.

While you guys are only four points from second place, you are in sixth place in the GSA so far. Is that a cause for concern? 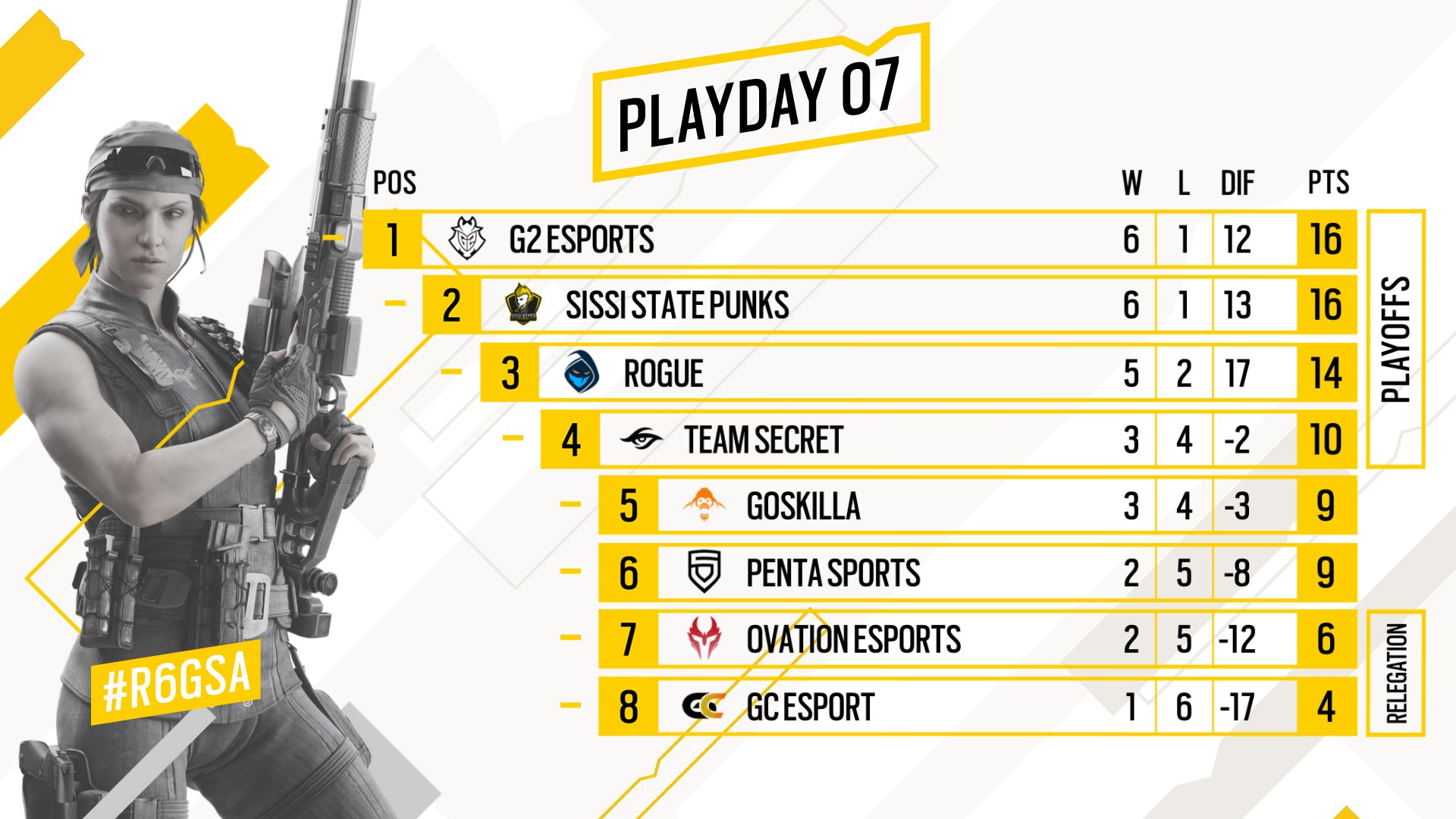 Bugs: No not at all, we are within seven points of first Place (G2) and one point outside of the Top 4, which is where we intend to be come the end of the season, so I think the points we have managed to take over the season thus far show high levels of gratitude & what the community can expect from my players.

They have managed to take five out of a possible nine points vs all Tier 1 opposition inside of GSA and despite having slipped up/dropped points vs GoSkilla and Sissi State Punks, I strongly believe the next time we face them, we will pick up points.

Your team has had some strong results in the GSA so far; a win over Secret, a Round 15 loss to G2, a Round 15 loss to Rogue, and a Round 14 loss to SSP. Those three losses, however, spur the question; why has PENTA not been able to close out these games, which were against the Top 3, too?

Bugs: They have indeed shown strong results thus far and yes, valid points towards the lack of ability for us to close out games is something myself and Lion have touched on & drilled into the players during the split period.

The players know these sort of results will cost them the longer the season goes on, but having worked inside of Tier 1 myself, I believe these guys have the potential to compete for the Challenger League spot inside of GSA this season. Though they have some learning curves to master when it comes to having the mentality levels to stay calm and focussed throughout the entirety of the league matches.

The GSA season is an incredibly long one, which tests each team’s consistency and endurance. How is your team planning to tackle it?

Bugs: I agree, for a National League setup, GSA certainly has one of the longest endurance systems compared to others, but in terms of how we prepare to tackle the challenge ahead is always staying humble, I have had to learn about new teams/players myself having never competed inside of the GSA before.

However, I strongly believe the group of players we have at PENTA at our disposal are able to compete for the long term no matter the time the league goes on for and into the Playoffs at the highest levels possible.

Bugs: I would like to say thank you to the PENTA family for, first of all, allowing me to have the opportunity to come back into the R6 Competitive Scene after a six month hiatus after my previous stint at Izako Boars, the fans and followers of the team (coming from a strong Turkish/German background, they are truly a passionate group of individuals), and I hope throughout the remainder of the season we can do them proud in our hopes to push for Challenger League.