Mint: "We still haven't added in our identity to our play style ... but with this boot camp we have time"

Ahead of the Six Invitational 2021, now confirmed from May 11 to 23 in Paris, SiegeGG caught up with DarkZero Esports captain Mint.

When DarkZero Esports had swapped Zachary "Nyx" Thomas with Alexander "Skys" Magor, and later added Tyler "Ecl9pse" McMullin, team captain Kyle "Mint" Lander had joked about the change, saying, "we made the finals of a tournament, we'd have to be the 'most NA team' to make a change".

The new DarkZero's subsequent Six Invitational 2020 campaign had been a step back from their Season 10 Pro League Finals run, but they had made it to joint-fifth at an event where the Ninjas in Pyjamas were at full strength and BDS Esport had started to make its international presence known.

Immediately after, though, with the new format, they struck, winning their first trophy in the Six August Major 2020. A table-topping Stage 2 performance also followed, but TSM would end their runs in both the November Major and US Division 2020 Finals at third and second place, respectively.

DarkZero would then opt to make its first change in over a year, dropping Matthew "Hotancold" Stevens, who had been on the roster since its beginnings as Flipsid3 Tactics, in favour of the 2020 unofficial 'rookie of the year', Nick "njr" Rapier.

However, the team is still waiting for its results to pick back up, just as it had to wait after last year's changes.

Then, DarkZero had played the first split of Season 11 of the Pro League with Ecl9pse and Skys and finished in third, which had given just enough time for them to gel with the remaining players for a fifth-place finish at the Invitational.

This time, they finished second to Disrupt Gaming, njr's former team, in the NSGxDZ Pro-Am tournament and then finished Stage 1 of the North American League in seventh place.

This drop in form was correctly identified by fans and analysts alike, with both sets of observers noting that DarkZero had certainly strengthened their gunfighting ability, but had lost its traditional structure and strategic discipline. The strategies, they observed, were present, but sloppy. 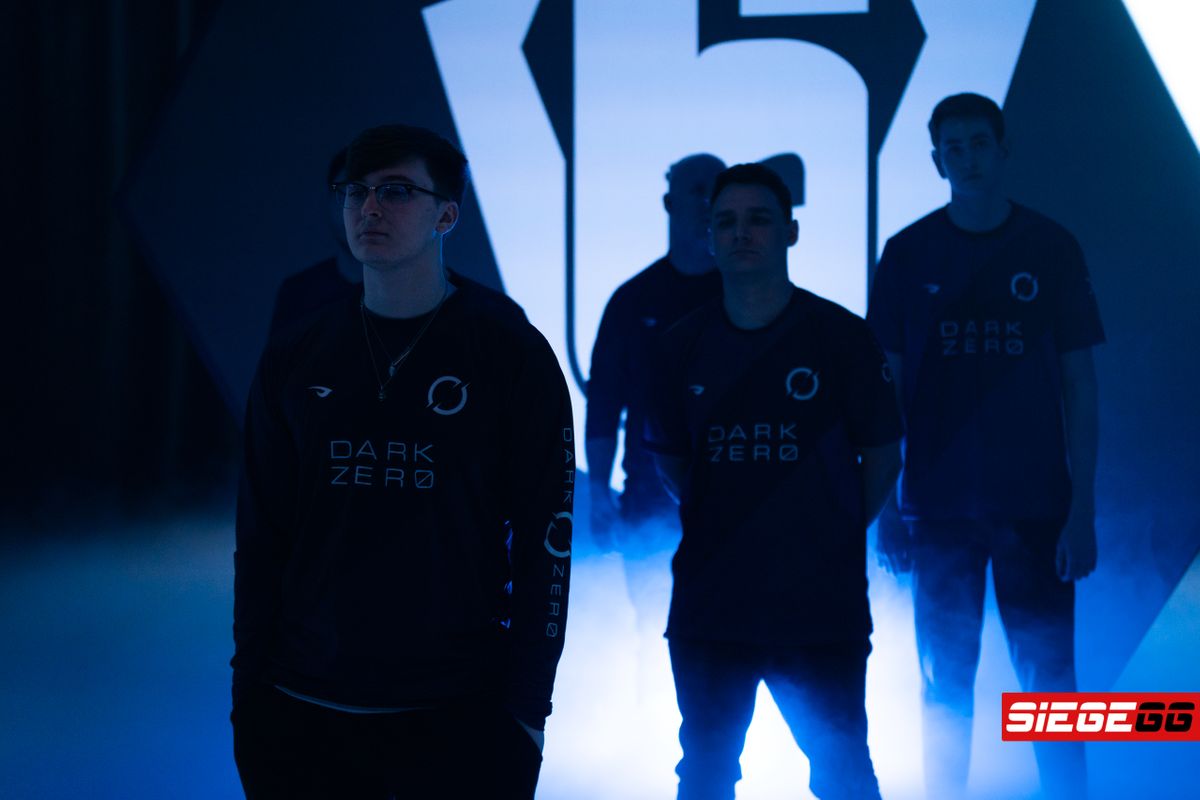 Now, as DarkZero head into the Six Invitational 2021, they once again have had approximately three months to prepare with a new roster and new roles.

This time, however, they have a slight advantage in that there was only a one-man change and that they have been playing Best-of-One games on LAN throughout this season of the NAL -- an advantage that only North American teams have.

If they are able to take that experience, the three months of time, and their currently-ongoing boot camp as valuable lessons -- as they seemed to last year -- DarkZero should come out swinging precisely and strongly on May 11.

Safe to say, this wasn't a level of performance you expected this stage. What went wrong and, at the same time, what went right?

Definitely not the results that we expect, but it was definitely a good learning period for us and now we can go back and tweak some things before SI.

All but one of our games were pretty close, and that’s with someone new learning our system and me taking over the hard breach role, so I think with all things considered, we will take the points we earned and try to climb our way up the standings next split.

You're only five points from the lead, so there isn't that much of a difference from you and OXG, but it's clear that the teams in the NAL have become a lot closer in performance this year. Was this a surprise?

Not really a surprise to me, as there are a lot of good up-and-coming teams and this is a Bo1 format where sometimes a team just doesn’t show up or just gets outplayed on a single day. I think it’s great, personally, for the viewers.

How much better is it to play your regular season on LAN as well? Do you think it also has been a contributor to the improvements seen by teams such as OxG, Soniqs, Disrupt, and Mirage?

To me playing on LAN without a crowd really isn’t the same, so it honestly feels pretty close to playing online with just some added people yelling back and forth. It does add some more energy to the game, which, I think, some of these teams are thriving on earlier than others.

Ecl9pse and njr have been performing well this season, but the team hasn't quite been able to replicate its winning formula from last year. What needs to be improved and how will it be worked upon in time for the Invitational?

I think what needs to be improved is that we still haven’t added in our identity to our play style. Right now, with the limited time we had, we have a very barebones and default playbook just to figure out roles and get people comfortable, but with this boot camp we have time to add a whole other layer.

I actually really like the new format and think it’s great for the viewers as well to see us playing more international competition than before. A lot of the teams in our group we never matched with before, so it should be exciting.

Of course, I have to say that we want to finish top of our group.

The goal for DZ always is and always will be to hold the hammer and we are working our asses off every day to not let that moment get taken away from us.

Is there any element of fear from yourself or your team due to the risk of traveling and to a COVID-hit country like France?

I don’t really have any fear for the safety of the event, as I trust everything will be taken seriously. COVID has me used to not leaving the house, though, so the lazy in me doesn’t want to leave the States, haha!

Just a huge thank you to all the fans that support us through the good times and the bad. Let us all hope that we are almost out of these dark days and can get back to events with fans and meeting everyone again.

Catch DarkZero Esports next in action on the 11th of May at 8 AM ET (UTC-4), when they take on FaZe Clan live from Paris.