The SI 2021 has been confirmed for the May 11 to 23 period in Paris, with all teams but Wildcard Gaming confirmed to be in attendance.

Today, Ubisoft revealed additional details about the Six Invitational, as detailed in their event guide.

Chief amongst the event guide was the confirmation that the Brazilian teams will be present, after their attendances had been in doubt due to the COVID-19 situation worsening in their home country.

However, Wildcard Gaming will still be unable to attend due to restrictions on entry into Australia, which would have been an issue when the players would have wanted to go home after the event.

The event is still set to go ahead, despite concerns from players such as Oxygen Gaming's LaXInG and Rogue's LeonGids, with health and safety measures including a 36 to 72-hour old negative PCR test, a 10-day quarantine, and regular testing during the event, amongst many others.

As was stated in the now-postponed February Six Invitational, the 19 teams will play a total of 81 matches in the group stages, held from the 11th to the 16th of May.

The top eight teams from each group will then progress to the playoffs, held from the 19th to the 23rd of May, which will largely be double-elimination and Best-of-Three. The exception will be the Grand Final, which will be an unlimited-overtime, Best-of-Five game, with a one-map advantage to the Upper Bracket team.

These details are identical to the ones that had been revealed in the event guide previewing the February edition of the tournament that was postponed to this May version.

Read up on the prize pool, teams, and location as we had summed up in January in anticipation of the February schedule.

The new schedule is as below, with Team Liquid vs Team Emprire and Team oNe vs Cloud9 being the group stage curtain-raisers. 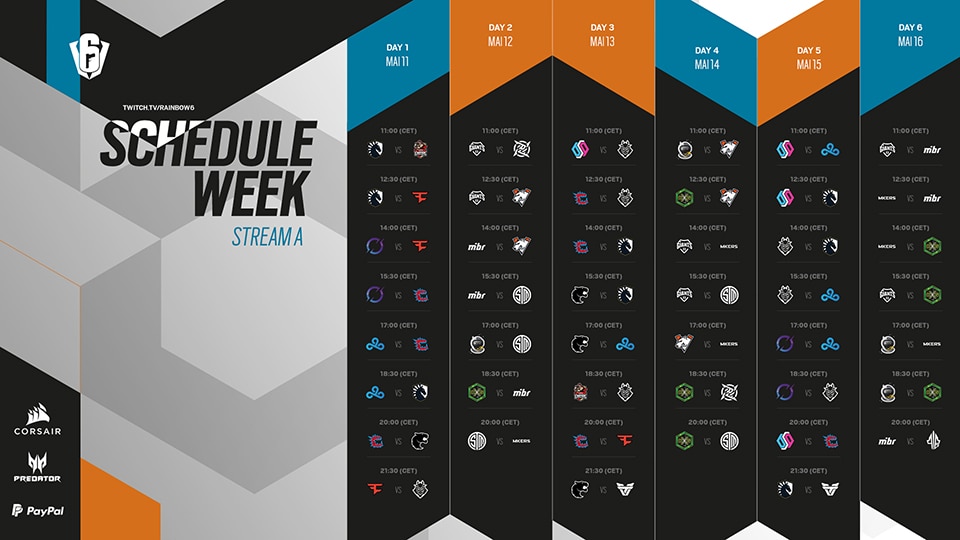 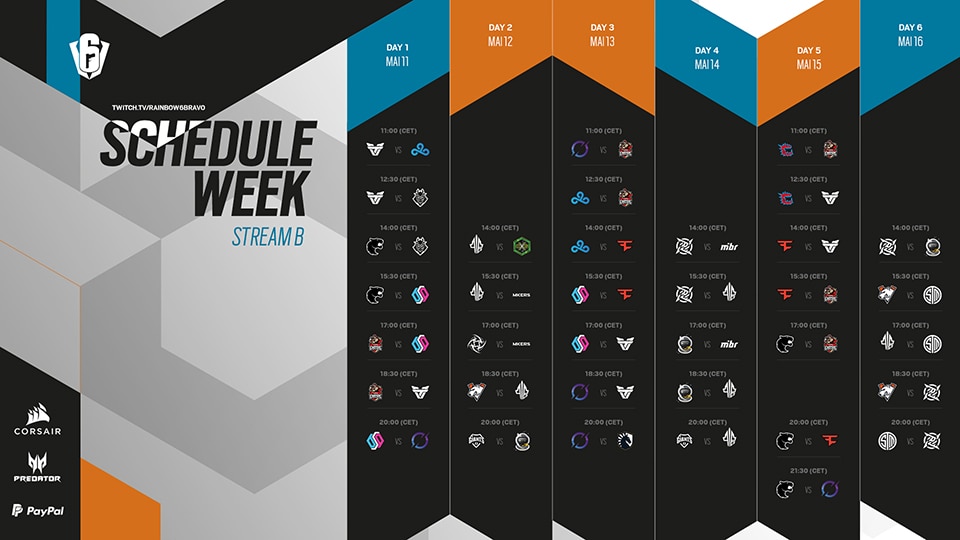 Just under two weeks from May, the date and location of the Six Invitational 2021 has been confirmed.

The event will be held in Paris, as had been announced in the initial shift from Montreal to Paris in February.

The dates, however, have been confirmed to be from May 11 to 23, but travel restrictions and the situation of the spread of COVID-19 in their country have cast the attendance of the Brazilian teams in doubt.

The announcement of Paris as the location comes as an especially big surprise, as the February-scheduled Paris event had been postponed three months specifically due to travel restrictions of the sort that are now threatening to derail the Brazilian teams' plans.

On April 8th, we have been authorized by the government and the local authorities to hold the Six Invitational 2021 in Paris, France, from May 11th to 23rd, with no audience on-site and following strict sanitary measures. The Playoffs will be organized in the Palais Brongniart, a historical venue at the heart of Paris.

On April 13th, the French government announced that flights between Brazil and France were suspended until further notice. In light of this new development, we’ve been evaluating all possible options to ensure that FaZe Clan, MIBR, Ninjas in Pyjamas, Team Liquid, Team oNe eSports and FURIA Esports, can compete in the Six Invitational against the teams from the other regions. While we still need a little more time to look into all options and their specifics, we thank you for your continuous support and patience.

More information will be communicated soon, including updated Health and Safety measures based on the latest local authorities guidelines. The safety and security of the pro players, partners and staff involved in the Six Invitational is our top priority and any changes to the ongoing situation is being monitored to ensure appropriate actions are taken. We’re dedicated to bringing you the best Six Invitational possible.

It is unclear what recourse Brazilian teams will have to try and attend the event, with some theories that they will be flown to another European country to play the event online against the other Paris-located teams.

Other theories suggest that the teams could possibly skirt the restrictions by flying into the Schengen region and then crossing the countries' land borders instead.

However, it is unlikely that Ubisoft suggests a solution that will be legally grey and fans will now be awaiting for updates on the situation.

More information as it comes.