Atheris and Brazil: The New Hope for Mexico

In 2021, the new Atheris project, resulting from the union of three Mexicans and two Brazilians, aims to achieve what Estral could not.

The LATAM region offered us a crazy 2020 season, with big highs and low lows. It was also the first year with games between regions, as FURIA, INTZ, Estral, Timbers, Malvinas and Coscu faced off.

From this event, we learnt that Mexico had some things to say. After winning both Regional Majors and the Campeonato Mexicano with an almost unbeaten run, Estral were very close to making it to the Six Invitational... twice.

After finishing in 17th place in the global standings, the Mexican team had to play in the LATAM Closed Qualifier, but they only finished in second place. Nevertheless, this appearance sent a clear message to the international scene: Mexico is improving, and so is the whole South American region.

After all, Malvinas Gaming, from the latter region, had demonstrated that they could beat Mexican rosters as they won against Timbers and Estral, finishing as one of the best four teams of the tournament.

But in 2021, it is the new Atheris project, resulting from the union of three Mexicans and two Brazilians, that aims to achieve what Estral could not and send a Mexican-majority team to the Invitational.

Back in December, just a few could imagine what a full Mexican roster was about to do in the LATAM Six Invitational Closed Qualifier. In what was the first tournament where Mexicans and Brazilians would play with the same ping conditions, Estral surprised everyone and, despite some poor displays during the Group Stage, knocked out INTZ.

However, they barely missed qualification to the Six Invitational as they lost in the Grand Final to FURIA, despite having had two series points over their opponents.

For the event, both TIMBERS and Estral had travelled all down to Brazil to fight for what could be an historical Invitational appearance, as the TSM player Emilio “Geometrics” Leynez Cuevas was (and still is) the only Mexican player to ever compete on an international stage. 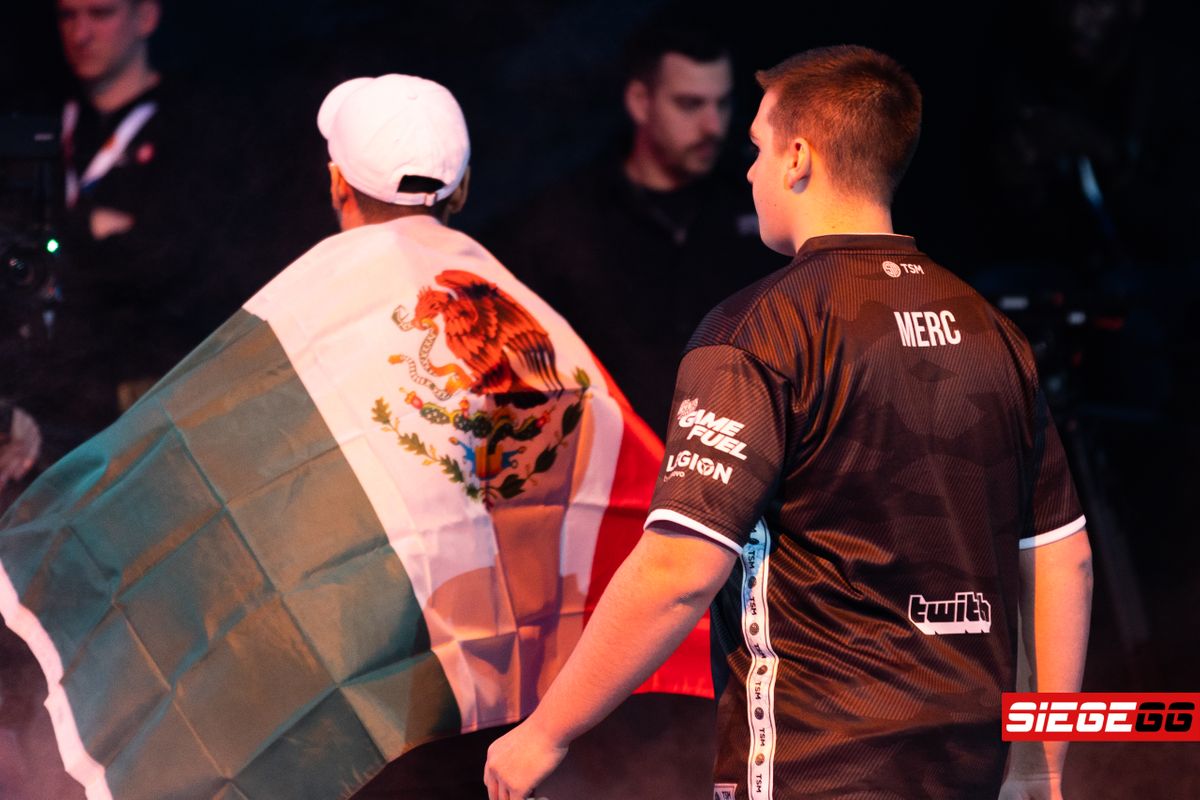 After winning two Regional Majors and the Campeonato Mexicano, Estral did everything right to qualify for the SI. Everyone had expected them to be back in the fight. Had COVID-19 not been a thing, the Mexican roster could have made real what it is still a dream, the Mexican dream.

Disappointingly for Mexican fans, Estral will never be back.

After an irregular game against Infinity Academy and a poaching allegation that affected the Estral In-Game Leader (IGL), Óscar “Toski” Sepúlveda, Estral was permanently banned from any Ubisoft Rainbow Six competitions. Estral denied the allegations vehemently, but the evidence was clear.

However, hope in the Mexican scene is far from dead. Mexico and Brazil have joined forces and have created a new roster, which has reignited dreams of seeing the Mexican flag flying behind an entire team sooner than expected.

This year, Atheris has not only signed some of the most talented players in Mexico, but has combined them with two of the most experienced players not only in Brazil, but also in the world: Lucca “MKing” Cosser and Daniel “Novys” Novy.

After playing together for MIBR and Immortals, with experience from Invitationals, Majors, and Pro League Finals, these two players will be back together after parting ways in May 2020, when Novys had joined FURIA. +

We had the chance to speak with Freik, Atheris’ R6S Manager, to know his thoughts about the new roster:

The Mexican scene is one of the most unknown regions as none of its rosters have competed at an international level. Tell me, who is Atheris? Could you explain to us the potential of your players and what they can bring to the organisation?

Our objective with Atheris is to lead the Mexican scene. The esports in our region still have room to improve in terms of organisation, having important organisations in the region is something that is key. We would love to see more Mexican players outside of our country and having the chance to bring Tier 1 players to our region will help the nation.

We are very happy to have MKing and Novys; we know that they can fit in a roster alongside SkMzY, a current Mexican champion, Guicho, one of the best players in the Campeonato, and Navy, who also had the chance to compete in Brazil for a place at the Six Invitational 2021.

After their success last year, Estral’s shadow looms large. They won the Campeonato Mexicano and two Regional Majors. However, there is something that the team could not do: qualify for the Six Invitational. Is this your main objective?

Estral showed us that it is possible for a Mexican team to qualify for the biggest tournament in the scene. It is for this reason that the signings of MKing and Novys, who have played at multiple Six Invitationals, can help us to achieve this goal. We think it is very likely we will make it to next year’s Six Invitational.

Atheris is nowadays one of the most interesting Rainbow Six projects to follow. Three of the best current Mexican players will play alongside two of the most experienced Brazilian players, as they have played in multiple Six Invitationals, Majors and Pro League Finals. However, why MKing and Novys? What can they bring to the team?

Novys is a player who has lots of years of experience over his shoulders, has participated in multiple international events which means that he knows different game-styles and mechanics. This is very important to us, as we want him to share these experiences to the Mexican players. It is the same with MKing, who is a current Brazilian champion. They both have participated in important tournaments, so experience is the best thing they can give us.

Despite them being the first imports from Brazil, Mexico has already seen players from other countries joining the scene, such as Wrath and Dotdash, who signed for MeT back in the previous Campeonato Mexicano. These American imports were not welcomed, however, and a big part of the Mexican fanbase criticised them. But, this is not the case now. How do you think these players can help the Campeonato Mexicano? Do you think imports, independently of their experience in the game, should be welcomed or national talent should go first?

As I previously mentioned, both Novys and MKing will bring experience to our players and the region. This experience will be shared to other players, and so on. Imports should motivate Mexican players to get better in the game, to become the best and better options than foreign players. Keeping the national talent is important.

With this new and exciting project, Atheris is undoubtedly the favourite side to win the Campeonato Mexicano. Their very first match will be played tonight at 9 PM BRT (UTC-3), where they will face Fenix Esports, the new home of two ex-Estral players, P1XIE and XigmaZ.

Catch the game on the official Rainbow6LATAM Twitch channel and check back here at SiegeGG for more on the Mexican scene.