The new Japan League is set to be the biggest domestic tournament across all of competitive Siege, with another US$193,000 alloted for two second-tier tournaments.

The eighth and final team for the League has been confirmed to be Team Northeption with the following roster:

This organisation has competed in a number of national tournaments over the last year and was crowned the Japan National 2020 victors last September. Since then, the roster has undergone significant changes with just three members -- Kohk1, SpeakEqsy, and amenbo -- remaining from the team.

The new players include the ex-FAV gaming player from Season 9 of Wendyzera, and Kohk1's ex-teammate from USG during Season 11 of Sekiheki making this largely a team of up-and-comers.

Northeption's invite does come as a surprise for many as Fnatic or Lag were both expected to receive the slot over the national team. Nevertheless, the games will start on March 13th as the largest domestic tournament to date, and the first tournament of the 2021 Season kicks off its debut season.

Set to start on the 13th of March and run until the 18th of September, the new Rainbow Six Japan League is set to be the biggest domestic tournament across all of competitive Siege, with its ¥32 million (US$308,000) prize pool. 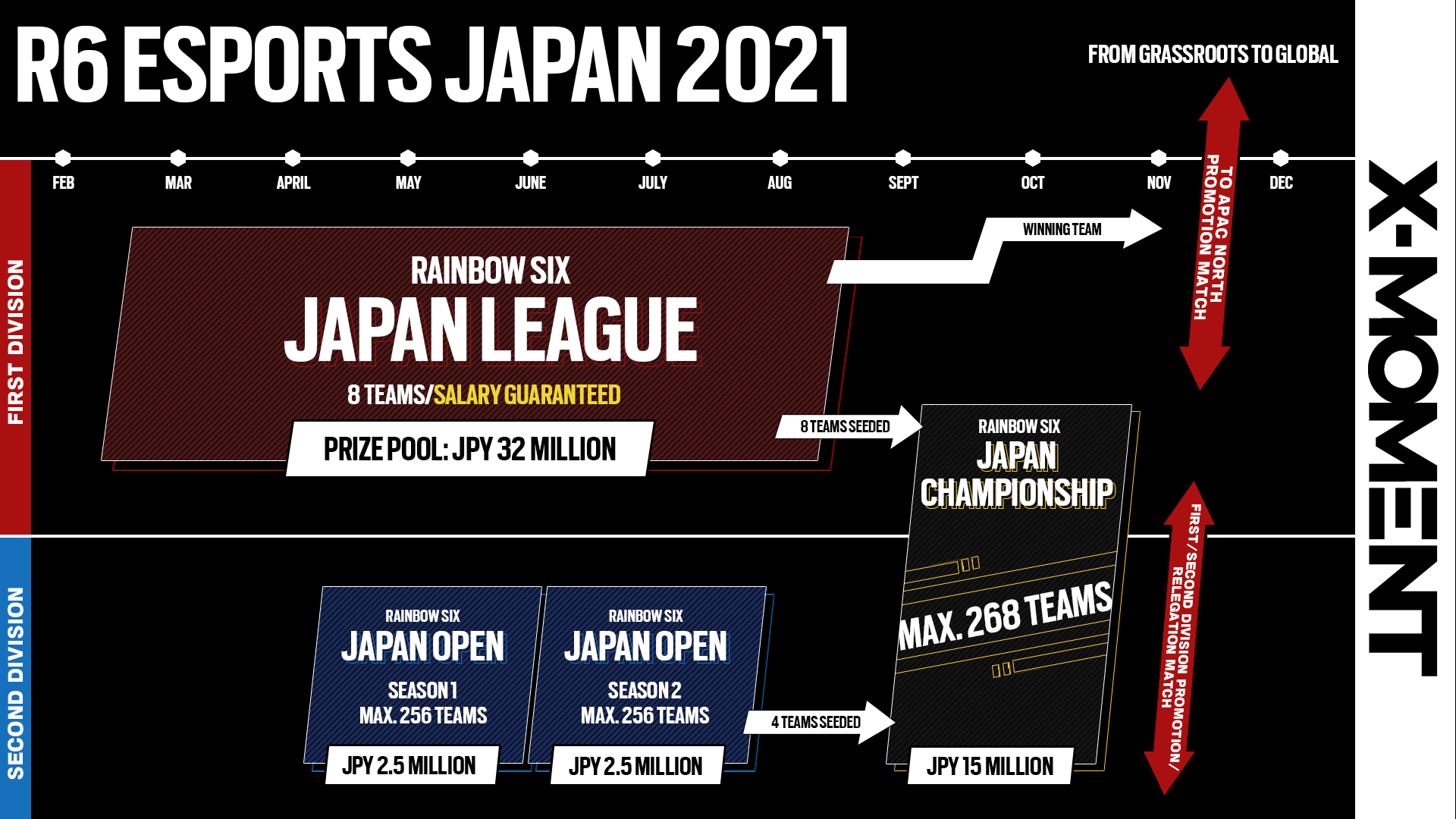 Launched in partnership with Japanese telecommunications giant NTT DoCoMo, the seven-month long, First Division Japan League will also be accompanied by the two Second Division tournaments in the form of the Japan Open and the Japan Championship.

Boasting a Best-of-Three format, the 14-week league will see two play days per week on Saturdays and Sundays, with two games per day during the regular season.

The highest-placed non-APAC North Japan League team will then proceed to play in the 2021 APAC North Relegations, while all eight will also join Japan Open and other open-qualifier teams in the Japan Championship 2021. There, the tournament will also offer a chance for Second Division teams to secure promotion to the 2022 Japan League in the First Division.

Not only will the prize pool be a sizeable amount in the Japan League, but each team will also have up to each of its six players and coaches (combined) be guaranteed up to ¥21 million (US$202,000) in salary for the competitive year. 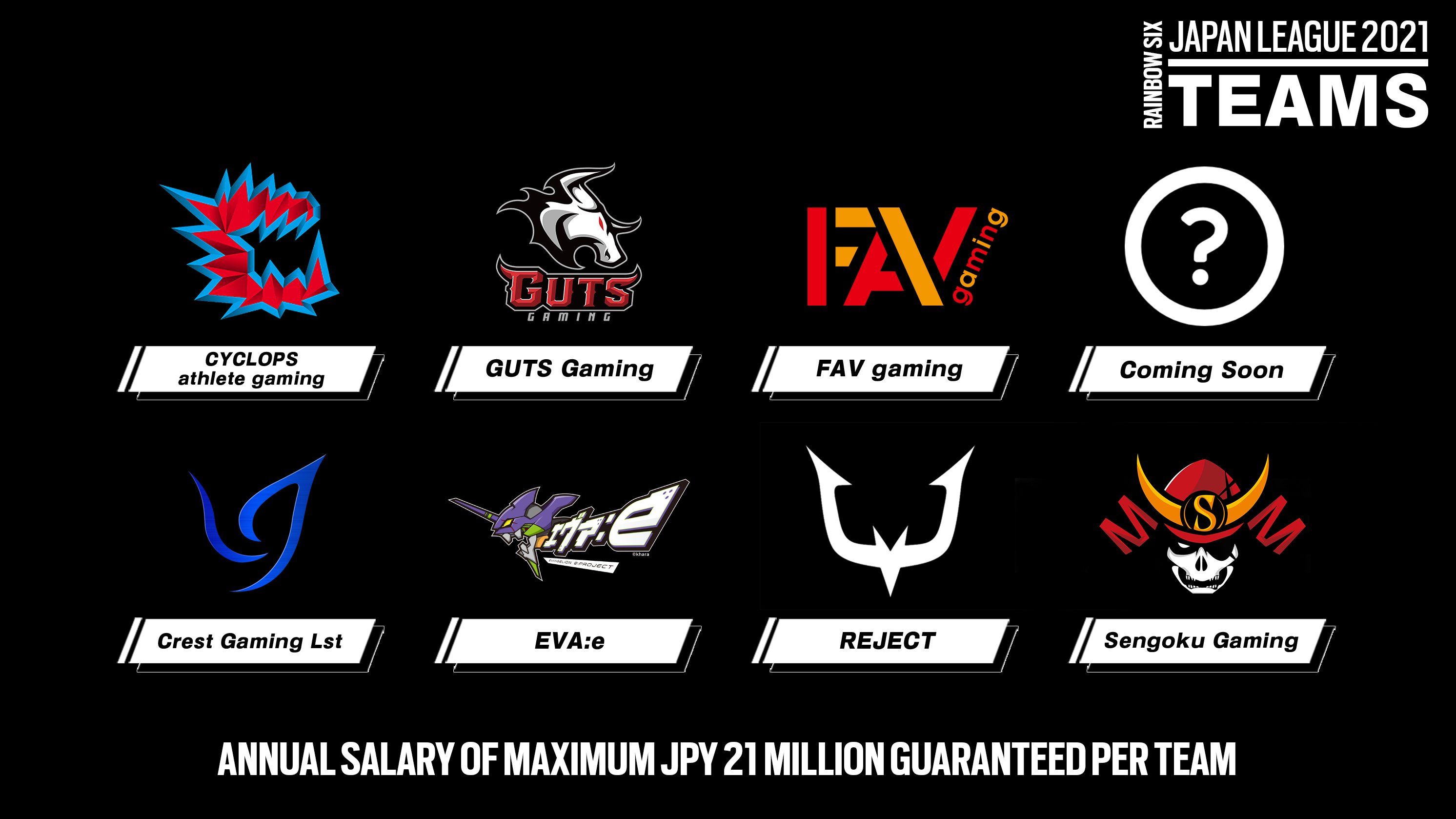 Most notable, however, is that the eighth team is listed as "Coming Soon" and that the traditional Japanese powerhouse of Nora-Rengo has been excluded. The move comes after Nora-Rengo's direct invite to Phase 2 of the Japan Championship 2020 was also rescinded following allegations that its players and staff had not been paid.

Now, with four of five Nora-Rengo players having left the organisation, it is unlikely that the organisation gets invited to the First Division tournament. However, the four players may yet stick together and complete their roster to play in the Japan League as a former 2020 APAC North team.

Alternatively, the Japan-bound Australian squad of Fnatic may also be a tenative option for the eighth spot. After having its move to Japan to play with normal ping (latency) in the APAC North Division indefinitely put on hold due to the pandemic and Australia closing international borders, Fnatic had played out the 2020 APAC North season online with disadvantageous ping.

Now, however, with vaccines beginning to roll out across the globe, Fnatic may be able to move to Japan prior to the start of the Japan League as well as the APAC North Division. As such, team captain Etienne "Mag" Rousseau's expression of support towards the tournament could be a hint towards possible participation.

However, nothing is confirmed as of yet and will likely be completely contingent on the greatly difficult task of Fnatic moving to Japan.

Catch the start of the new-look Japanese domestic circuit on the 13th of March, with it set to conclude on the 18th of September in this six-month long tournament.