With the LATAM Six Invitational Qualifier now over, here's a quick roundup of all that went down in FURIA's road to the Invitational.

Over the years, both Mexico and South America have never produced enough strong line-ups to compete at the highest level, despite many attempts. The Latin American (LATAM) Pro League was completely dominated by Brazilians, despite allowing South Amercians to also play, while the Mexicans had been under the North American (NA) Pro League. 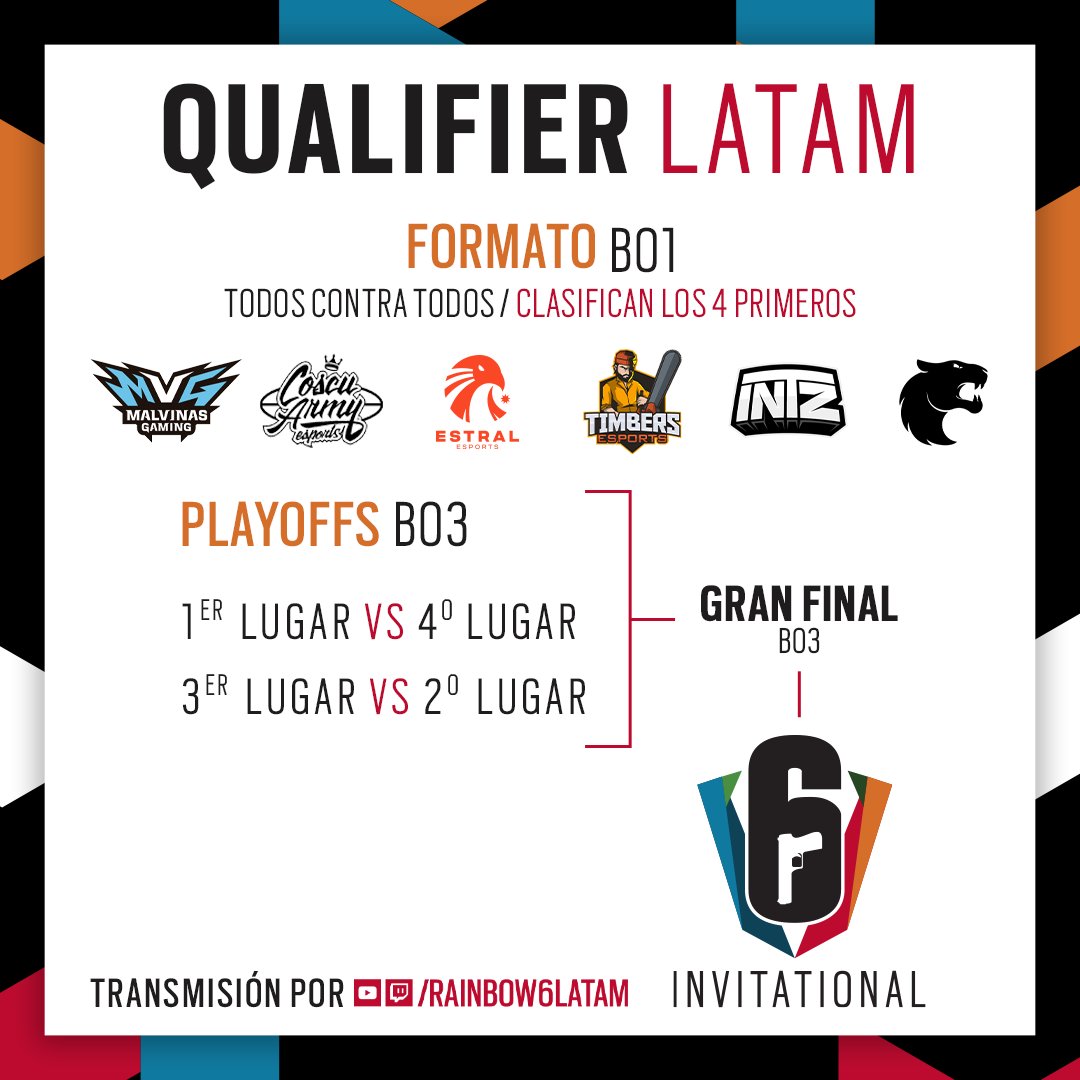 However, things changed with the split of the region into three and the establishment of the Campeonato Mexicano and the Sur R6, the top-flight competitions for Mexico and South America respectively, while the Brasileirão (BR6) became the official league for Brazil. Suddenly, LATAM looked a lot more diverse than it had before.

With 19 teams out of 20 confirmed to attend the Six Invitational 2021, it was now all down to six rosters to take the very last step. After years of debate and social media arguments, the question would finally be answered: do Brazilian teams have opposition in LATAM? 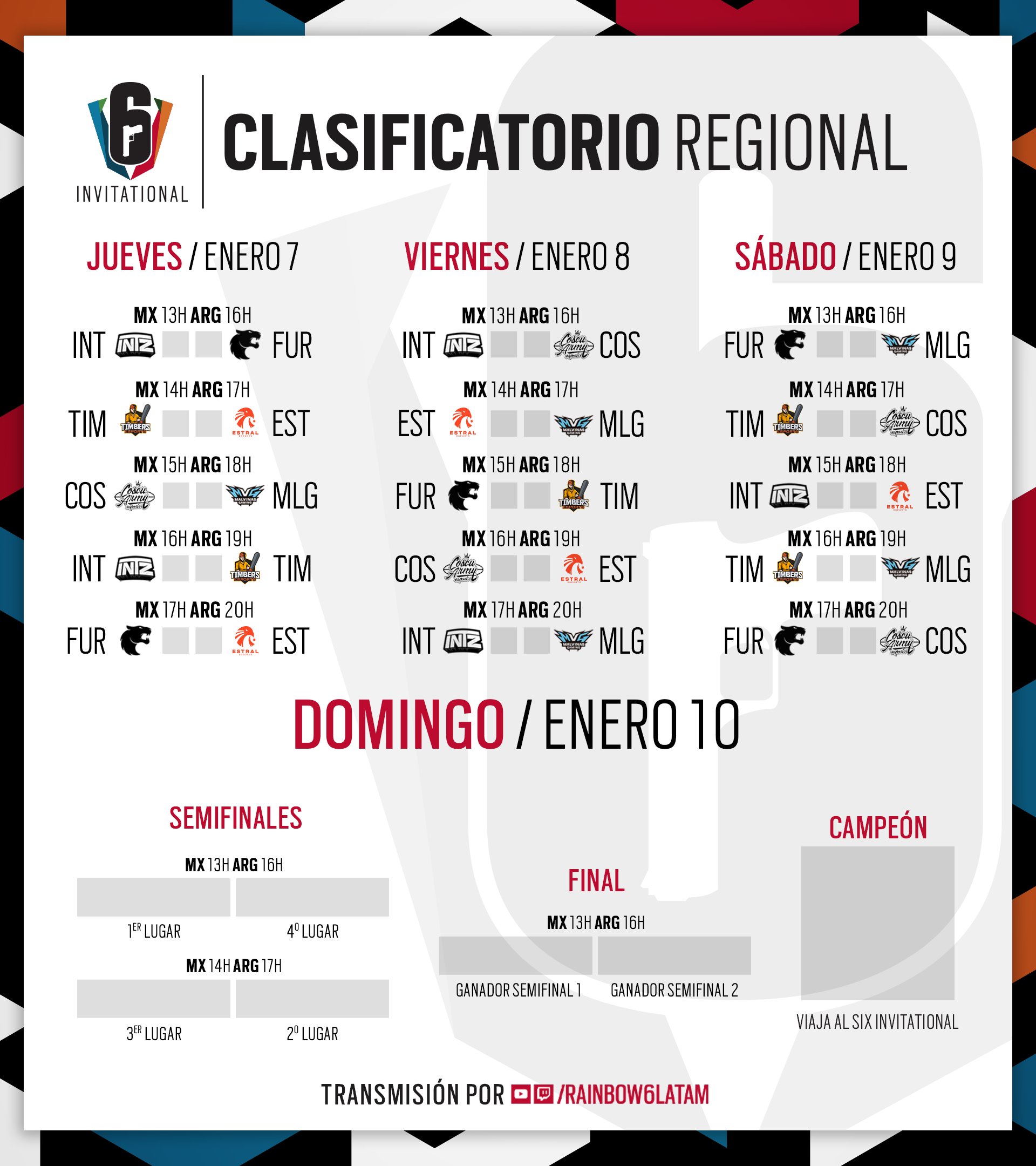 As such, between the 7th and the 10th of this month, the two candidates from Brazil, Mexico, and South America faced off for the very last spot at the Six Invitational. With FURIA emerging the victors, read on to find out how the uniquely-formatted LATAM Six Invitational Qualifier played out. 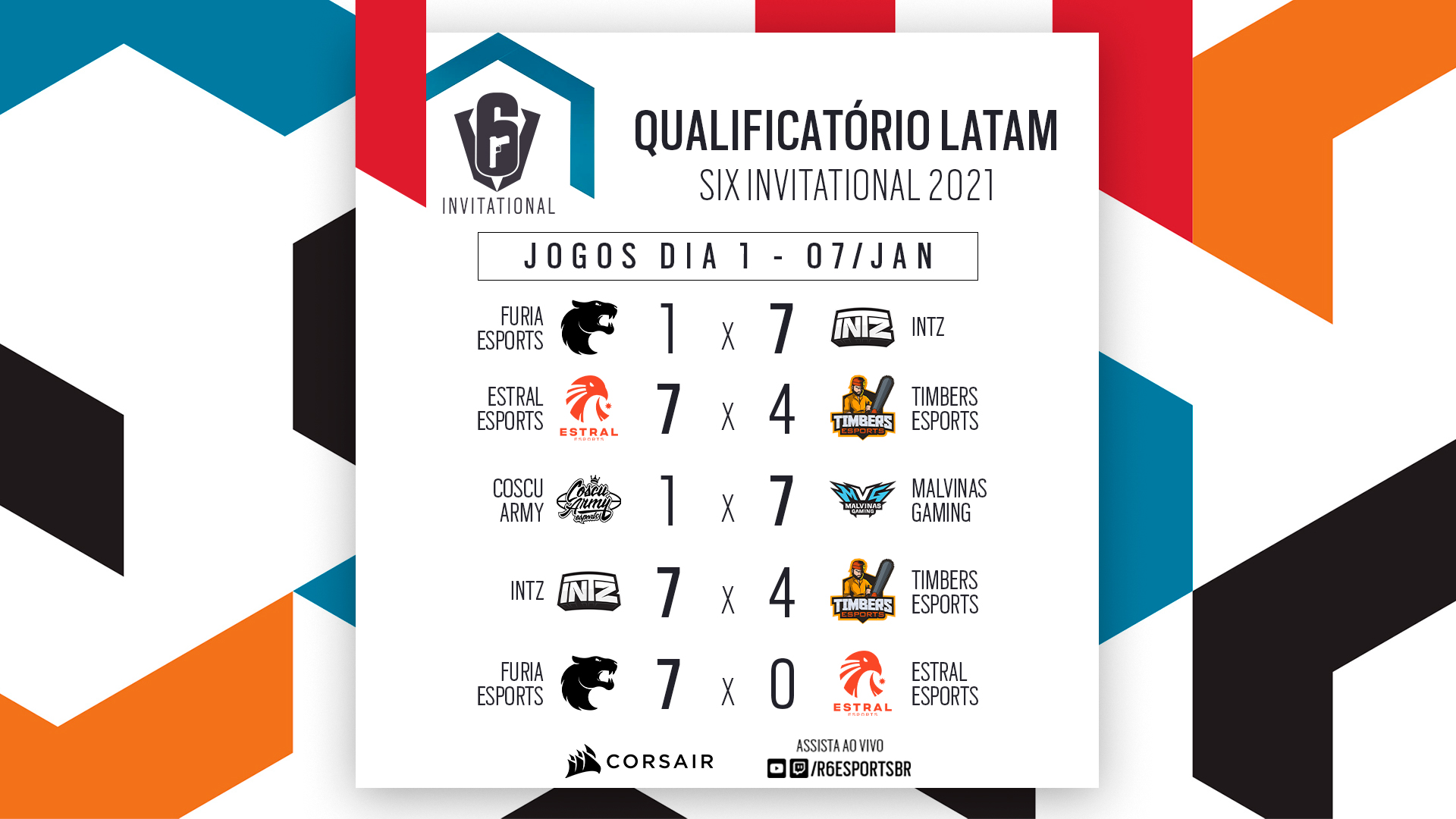 The home sides of INTZ and FURIA kicked off the tournament with what everyone expected would be a very close match. With FURIA having won their last six maps against INTZ, the roster managed by the ex-FaZe Clan coach of Marlon “Twister” Mello was the favorite to take the first three points.

Despite that, it was INTZ who won the match on Oregon. The team lead by Alem4o surprised everyone as their performance on attack was phenomenal, winning five of their six rounds.

Their game was quickly followed by the Mexican clash, as Estral and Timbers faced off for the very first time since their last matchup, which was at the Campeonato Mexicano Finals. Despite Timbers being able to stop Estral’s main fragger of XigmaZ, Toski’s momentum and leadership saved the roster.

Then, Coscu Army and Malvinas Gaming played on Villa in the last game of the first round and after an excellent first defensive round, Ragn4r led his team to a very convincing win.

The last two games had been the most anticipated ones, though, as INTZ and FURIA played against Timbers and Estral, respectively. Despite the Mexicans hoping for an upset, the Brazilian rosters gave them a reality check.

Timbers gave a tough contest as INTZ defeated them 7-4, though it was on INTZ’s worst map of Villa. However, the highlight of the night was Estral’s first game against a Brazilian side.

Playing on Clubhouse, the Mexican team’s best map, FURIA took the win as they crushed their opponents in a 7-0. The Thermite ban and FURIA’s aggressiveness were factors that stonewalled Estral, a lineup that is otherwise used to dominating all their games. 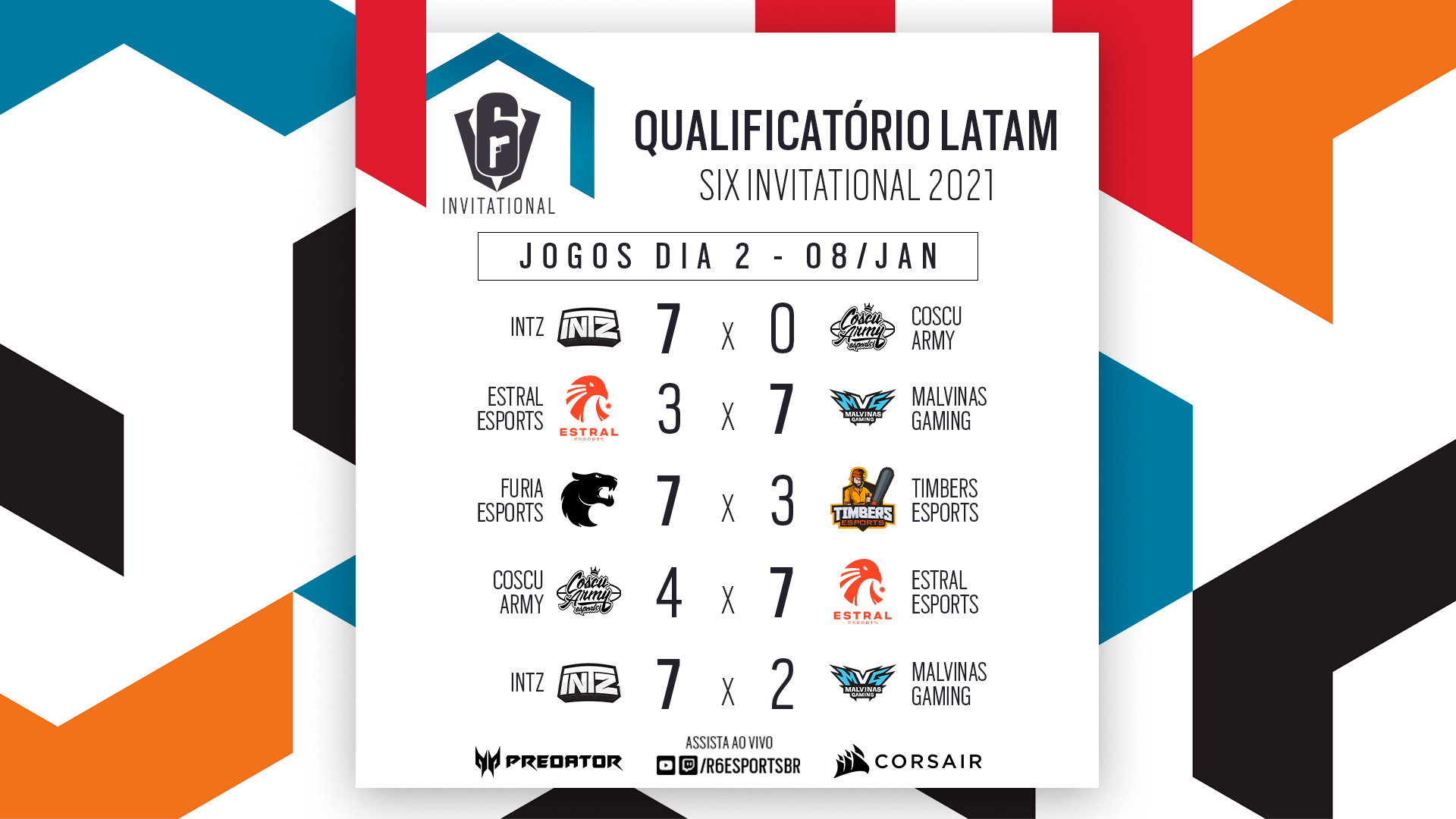 The second day of the tournament started with a game between Brazil and South America, as Coscu Army and INTZ faced off on Clubhouse. Just like FURIA with Estral, INTZ won the match 7-0 with a perfect defensive half, with Coscu only getting seven kills -- six of these by Shoxo.

The two Mexican teams followed, as Estral and Timbers faced Malvinas and FURIA, showing off some impressive results. Against all the odds, Malvinas won versus the Campeonato Mexicano champions (7-3), while FURIA won by the same scoreline against Timbers.

However, the Mexicans' hopes were raised again as Estral won against Coscu Army. Despite a very slow start, with Coscu winning three of the first four rounds, it was the Mexican team that won the match (7-4). The very last game of the day was won by INTZ against Malvinas, after winning four offensive rounds on Villa (7-2). And just like that, INTZ was the first team to make it to the final bracket.

Day 3 - Timbers And Coscu Say Bye To Any SI Hope

Day three decided the group stage and it started with another powerful display by FURIA, as they defeated Malvinas Gaming. Coscu Army then beat Timbers in what was the biggest surprise of the Group Stage, as the Mexicans had been expected to win after their above-expectations performances against the Brazilian teams.

Estral then faced INTZ in what was the best result by a Mexican team against a Brazilian one, as they led INTZ on Oregon (5-3). Despite this leadership and obvious improvement in their gameplay, INTZ made a comeback that did not seem possible and the Brazilians ended the day with their fifth win of the tournament.

The group stage was closed out by the two South American candidates, with the first match being the most unexpected one. Malvinas, who faced Timbers, put on a great show as they won their six defensive rounds. The Argentinians then quickly ended the game with another round, making it a 7-0, after which FURIA beat Coscu Army 7-3. 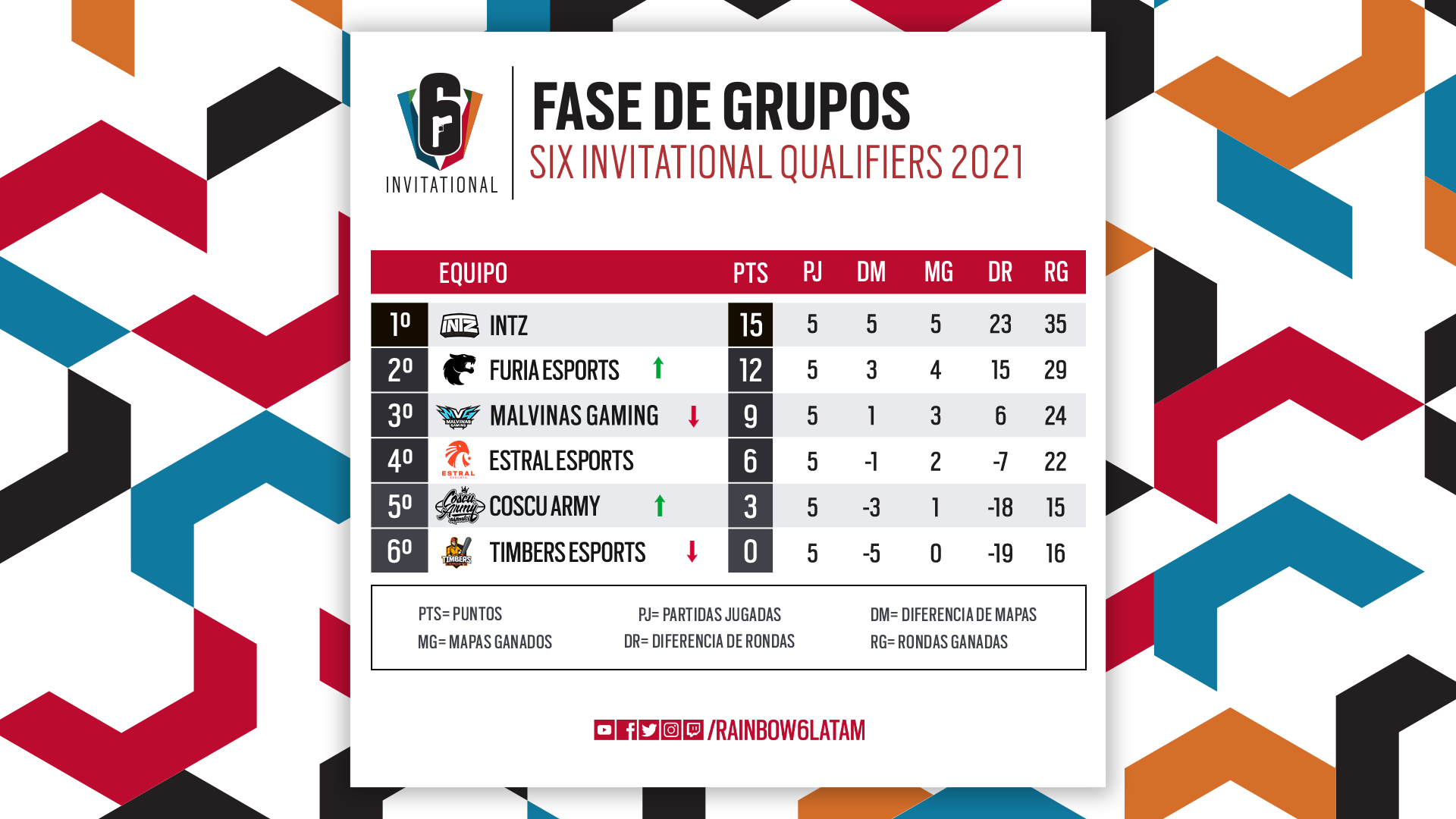 The four rosters that would play in the bracket for a place at the Six Invitational were finally decided: INTZ, FURIA, Malvinas Gaming, and Estral Esports. INTZ faced the Mexicans of Estral, while FURIA faced the South American dark horses of Malvinas Gaming. 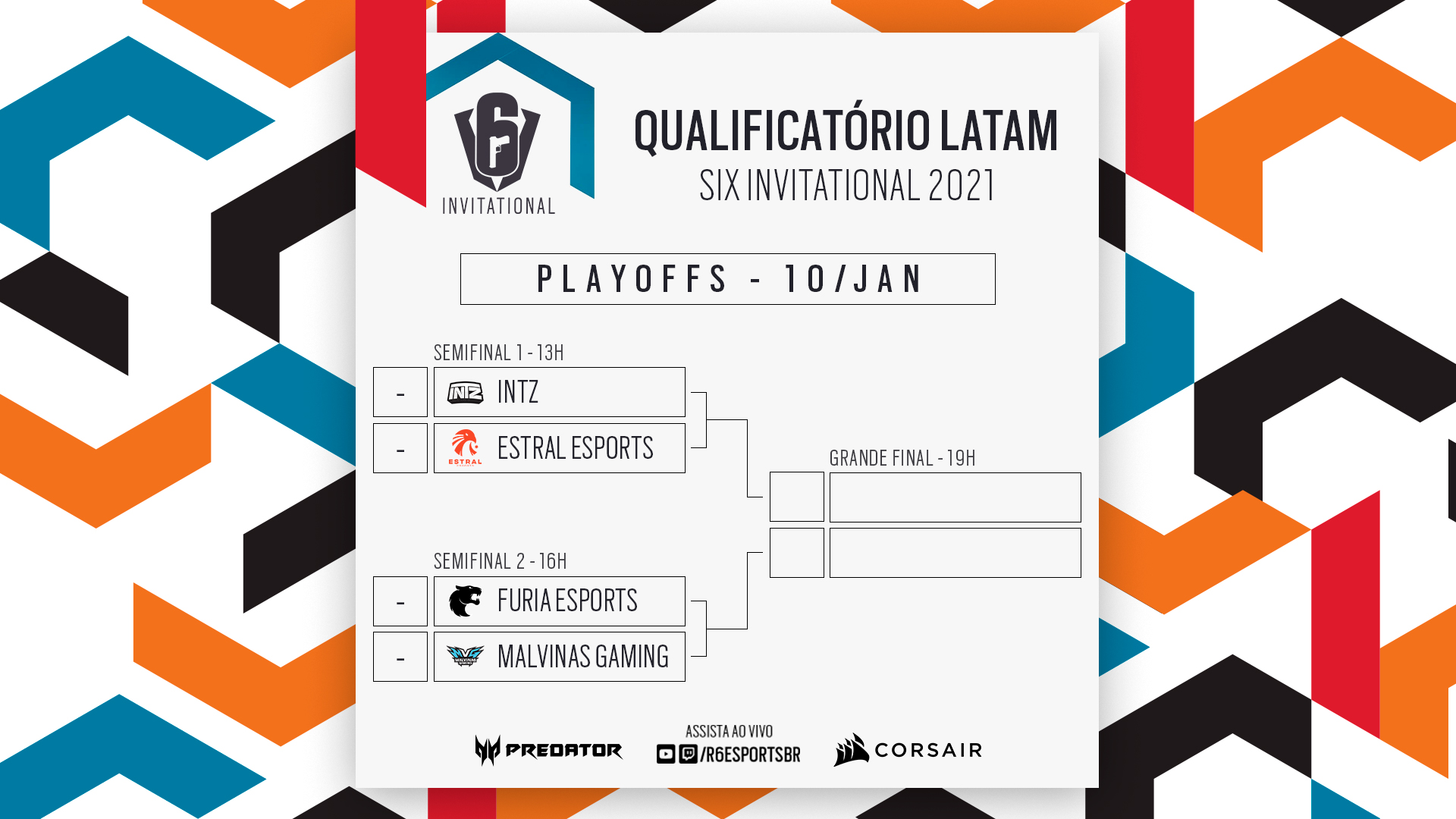 After a Group Stage without a single Mexican win against a Brazilian opposition, it was Estral’s turn to play for what would be a big upset. The first surprise was the map ban phase, giving screen-time to some of the lesser played maps in the map pool.

Estral’s first half was a solid one, as they won three offensive rounds in what is one of the most defensive maps out there. Despite INTZ efforts to mount a comeback, Estral finally got their first map against a Brazilian side, showing a big improvement in their play style.

However, INTZ destroyed their opponents in Consulate with a 7-0 win, despite playing six offensive rounds, but the series was decided on Villa, which was by far Estral’s worst map. The Mexican side started on defense and won a total of four rounds during the first half.

But it was after swapping roles that the orange roster surprised everyone as their attacks were quite solid or, at least, faster than in the previous two maps — where the 20 second meta still looked to be a reality. A very well round played by SkMzY in Library saved the Eagles as they secured series-point and, despite losing their very first chance to close things out, won the game with a very solid attack onto Aviator.

After the INTZ loss, FURIA was the only remaining Brazilian side. Therefore, a win was a must. On the other hand, Malvinas had the chance to produce what was unimaginable at the start of the tournament; a Grand Final between an MX and an SA team.

However, it was all FURIA. The Brazilian roster did not have any problems in beating Malvinas, with their win on the Russian map (7-1) coming just 24 hours after Malvinas beat Timbers by 7-0 on the same map, which clearly shows the inconsistency in results seen throughout all the tournament.

Undoubtedly, this was a historical game in the LATAM scene. After Estral upset INTZ, the Mexican team was on its way to do the same against FURIA. However it did not look like this was the case during the first half of Oregon, as they had won just three rounds as the defenders. However, after being down 3-6, the Mexican roster performed an amazing comeback as they won five consecutive rounds to take the first map.

The Mexicans’ hopes to make it to the Invitational increased as they went to series point on Oregon (6-4) and, after getting the initial kill in the two next rounds, FURIA managed to bring the game to overtime. Despite Estral winning the first overtime round, FURIA was the only side that managed to win an attack, with the Mexicans’ aggression costing them the second map.

However, this was not only a one-time thing. Sadly for the Mexican scene, Estral had some crucial problems on Theme Park. Unneeded aggression in a game where FURIA was winning almost all their gun-fights and a lack of communication skills, especially on defence, would spell doom for Estral.

In a game where their drone economy was almost non-existent -- with Estral losing almost all their drones within the first minute or two of the rounds, including a round where they lost three drones during the Preparation Phase -- these issues were compounded.

FURIA knew exactly how to gain advantage in this situation, and the game played on Theme Park went all their way. Despite Estral putting up a great fight, mainly thanks to their aggressiveness on attack, the 11th round of the map decided the entire game. There, a very poor cover for the plant by P1XIE gave Miracle the chance to stop it despite Fungi being a mere 0.2 seconds away to complete the plant.

Miracle’s performance was the best by far, as he ended with 42 kills and a +18 K-D in a game where Novys struggled with being the opening death. As such, with a rating of 1.35, Miracle was the MVP of the series.

Estral’s captain, Toski, was the best player on his team, in what he calls “his best performance and aim in his entire career”. He and XigmaZ led the Mexican roster to what was their first grand final and, despite being considered very inferior to the two Brazlian participants, ended up putting up a great fight.

Undoubtedly, there is more to come from both the South American and Mexican scenes, but it is Brazil that will be the most represented at the Invitational with a total of six teams.

Make sure to tune in for the games as they come and to check back here at SiegeGG for continued coverage of the event.