After much anticipation, Ubisoft has revealed the 42 new esports team operator headgears, uniforms, skins, and charms in the R6 SHARE programme.

Formerly known as the Pilot Programme for its first two phases, the now-rebranded R6 SHARE programme has announced its third phase with 42 new operator uniforms, skins, and charms.

Aimed to share the revenue gained by selling the operator uniforms, skins, and charms with organisations, the R6 SHARE will feature a three-tiered system based on organisations' involvement and commitment to the scene. Furthermore, the programme is set to run until March 1st 2024.

In a "qualitative" and "in-depth" selection process done with the aid of a third-party, each of the organisations in the main leagues for each region, i.e. United States, Europe, Brazil, and APAC North have made it in, alongside Elevate and Pittsburgh Knights from Oceania.

These 42 organisations will be assessed every three months and compared against other organisations in their tier using the following criteria: performance of in-game items, match viewership, player support, and Rainbow Six-related communications.

What's more, for every regional league set sold, 30% of the revenue will be split four-ways between the Performance Pool and each of the three tiers. Each Six Major from the November Major will see an additional operator bundle produced, with 30% of the net revenue from these items going to the corresponding Six Major prize pool.

The 42 teams are distributed across the three tiers as follows. 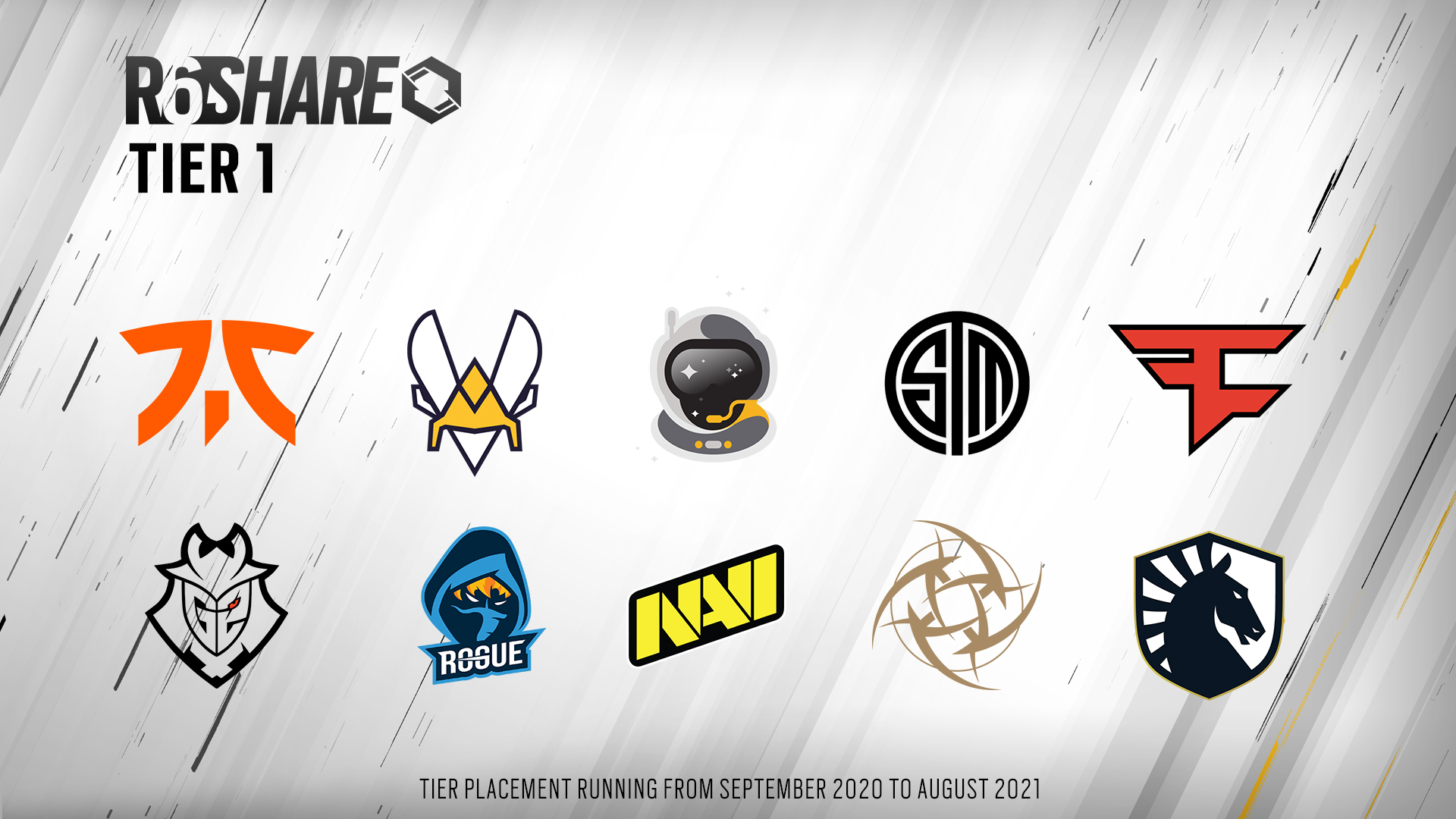 The Tier 1 organisations will be receiving an operator headgear, uniform, corresponding weapon skin, and charm. A bundle of all four will go for 1680 R6 Credits, with each individual item costing 600, 720, 300, and 480 R6 Credits, respectively.

Each Tier 1 item and bundle will launch on September 22nd, 6 PM UTC. 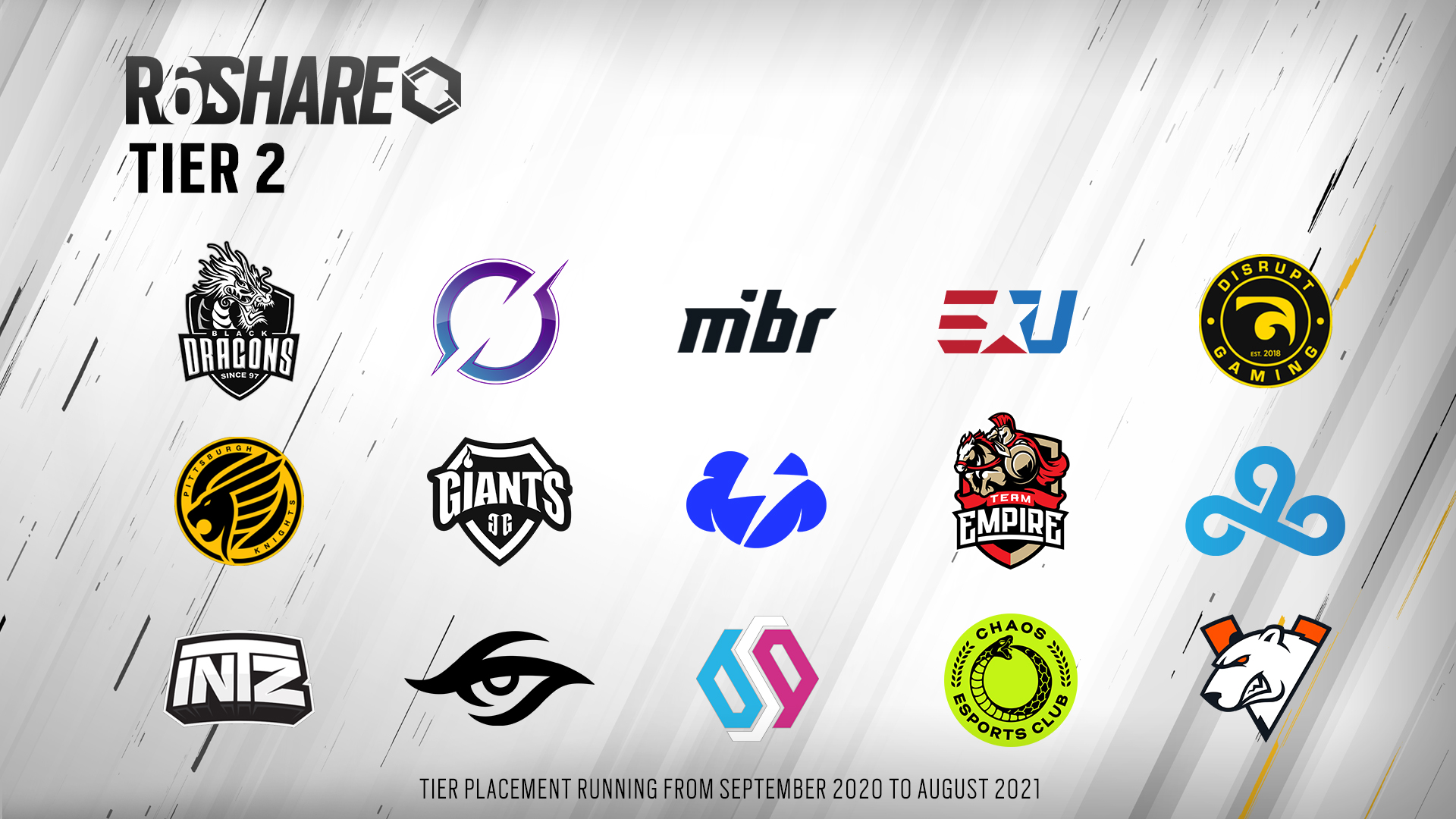 The Tier 2 organisations will be receiving a branded weapon skin and a charm. 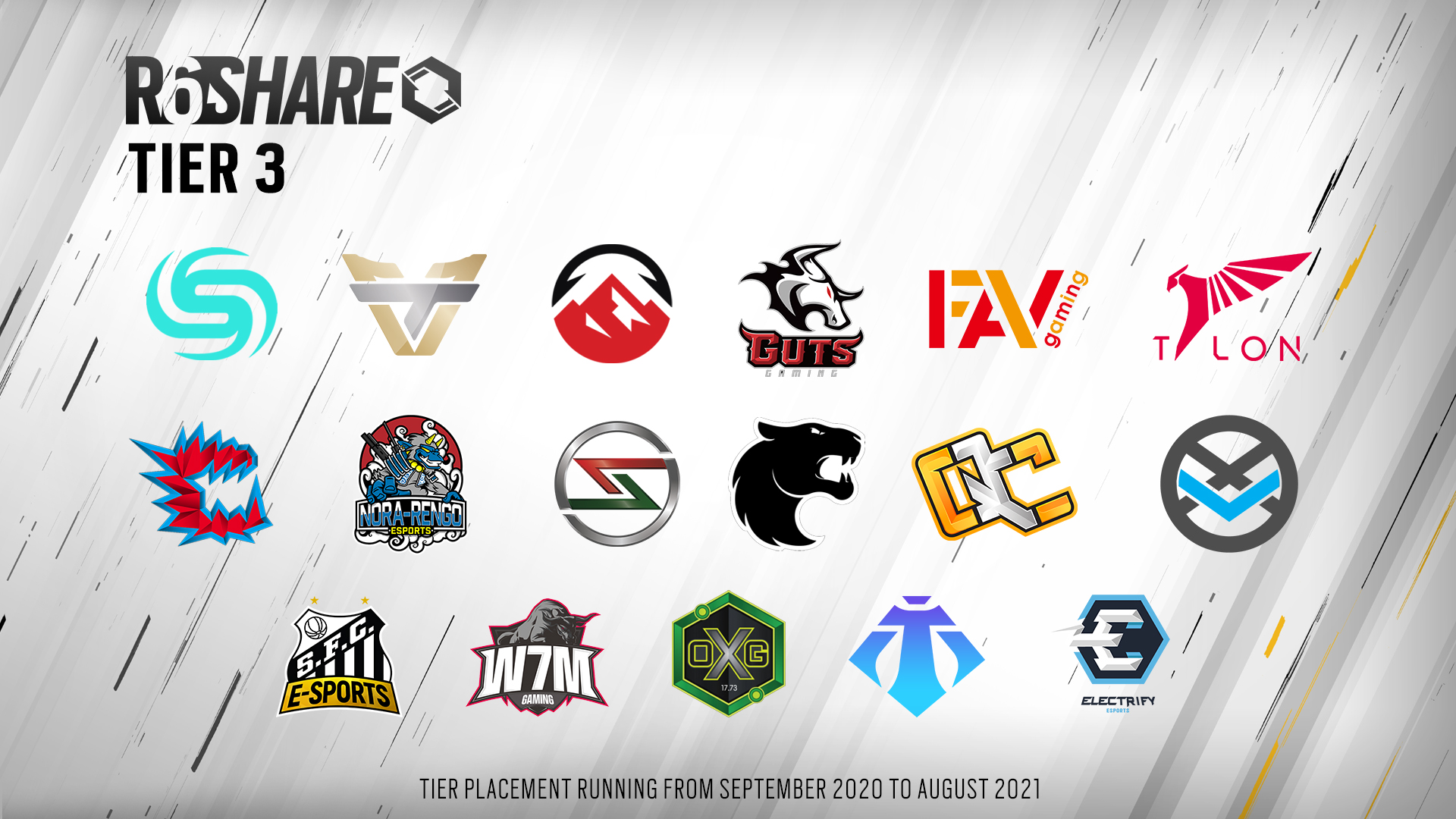 The Tier 3 organisations, meanwhile, will just be receiving a branded weapon skin.

Information about the costs and releases for the Tier 2 and 3 organisation items is yet to come.