A series of significantly shorter games this week held no shortage of action as another team secured a Major spot.

This week's United States Division games were shorter relative to recent weeks, but held no shortage of hype even though they weren't as close as recent weeks.

Monday's games featured a grudge match between Spacestation Gaming and DarkZero, one that Spacestation won handily in a 2-0 (7-3, 7-5). Similarly, the Susquehanna Soniqs dismantled eUnited despite a slip-up on Clubhouse, notching a 7-3 win on Oregon and a 7-2 win on Coastline.

On Wednesday, TSM returned to form against a DarkZero team that is currently struggling after a strong start. Tempo Storm notched their first victory of the season against eUnited in a 2-0 victory. All in all, it was not a good week for eUnited as they continued to fall down the standings, and it may have been the worst 72 hours, results-wise, in the history of DarkZero's organization.

Stat of the week: Creators goes perfect on Entry versus eUnited

Wednesday's bout with eUnited could become the success that kickstarts Tempo Storm, who have the experience and mechanical talent to be competitive in the NAL but don't have the results to back their talk up yet. They've kept it close with some of the top dogs, including pushing TSM to overtime and peeling an impressive 7-1 map win off Disrupt.

Leading the charge was Tim "Creators" Humphreys, who had a stellar six opening kills and zero opening deaths during Tempo Storm's 2-0 victory over that aggressive, unpredictable eUnited squad. 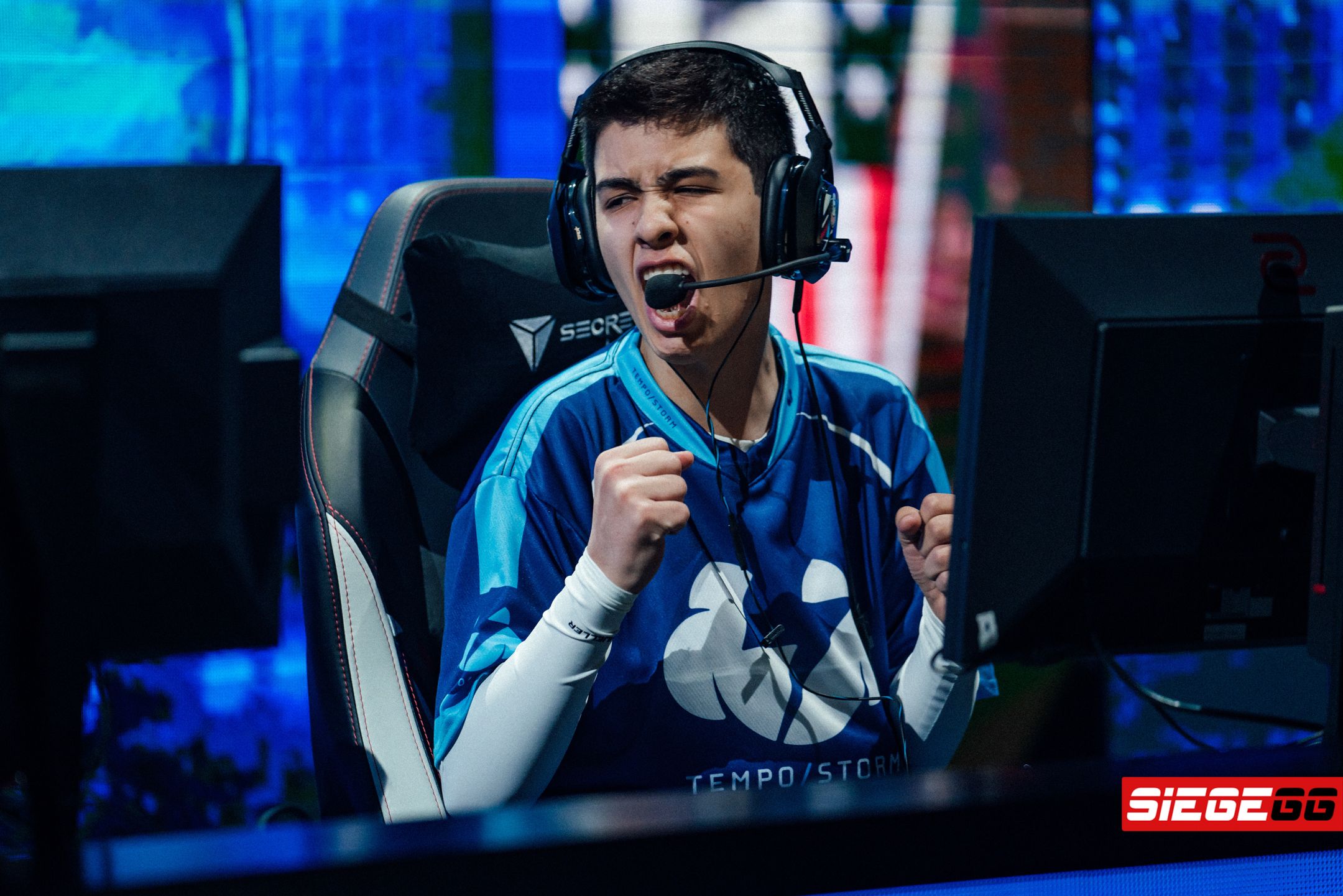 It's extremely hard to have zero opening deaths when you're first inside the building, and only Mitch "Dream" Malson had more opening duels won or lost than Creators, with seven as opposed to Creators' six. Going perfect on your Entry when taking the second most opening engagements on your team and third most engagements on the match (Alexander "Yeti" Lawson of eUnited went 4-3 on entry) is a feat.

Creators has been one of the more consistently overlooked entry players this season, likely due to Tempo Storm's early struggles. However, he's only posted a negative K/D during the team's opening bout with TSM, he's at least hit positive. Despite his relative success, he shone against eUnited, and deserves to get his due amount of praise.

Clip of the week: Easilyy with the banter

As the U.S. Division play continues, things are bound to get a little heated as the optimism of the preseason turns to ash in the mouths of defeated teams. This, or the hubris provided by proving pessimism wrong, can manifest itself in some friendly and some not-so-friendly banter.

Out of all the banter in tweets, in-game all chat, and Twitch clips, Kevin "Easilyy" Skokowski outclassed everyone.

No matter what you think of their performance in the server, the Soniqs roster are experts at banter, grabbing headlines, and stealing the spotlight. On a day where TSM dismantled DarkZero, the conversation on Twitter, Reddit, and Twitch chat was almost immediately flipped to the all-chat war between the Soniqs and eUnited.

Don't let this distract you, though. Somewhat in the shadows, the Soniqs have built a formidable roster.

Storyline of the week: The full Soniqs roster is not to be trifled with

The negatives for the Susquehanna Soniqs during this split truly aren't all that bad, all things considered. Yes, they've only beaten Tempo Storm and eUnited, but a close loss round-wise to TSM and the map they took off DarkZero without their full roster gave reason to be hopeful for the future.

Against eUnited, the Soniqs were clinical outside of a lackluster Clubhouse attack half that ultimately gave eUnited a map win. Even then, let's be honest, Clubhouse attack is extremely difficult.

The visa issues with Alex "SlebbeN" Nordlund and Santino "Gomfi" de Meulenaere have been resolved, and the Soniqs are looking stronger than ever. Yes, they're in the bottom half of the U.S. Division for now, but after the way they've played, the top half would be foolish to overlook them in any way. 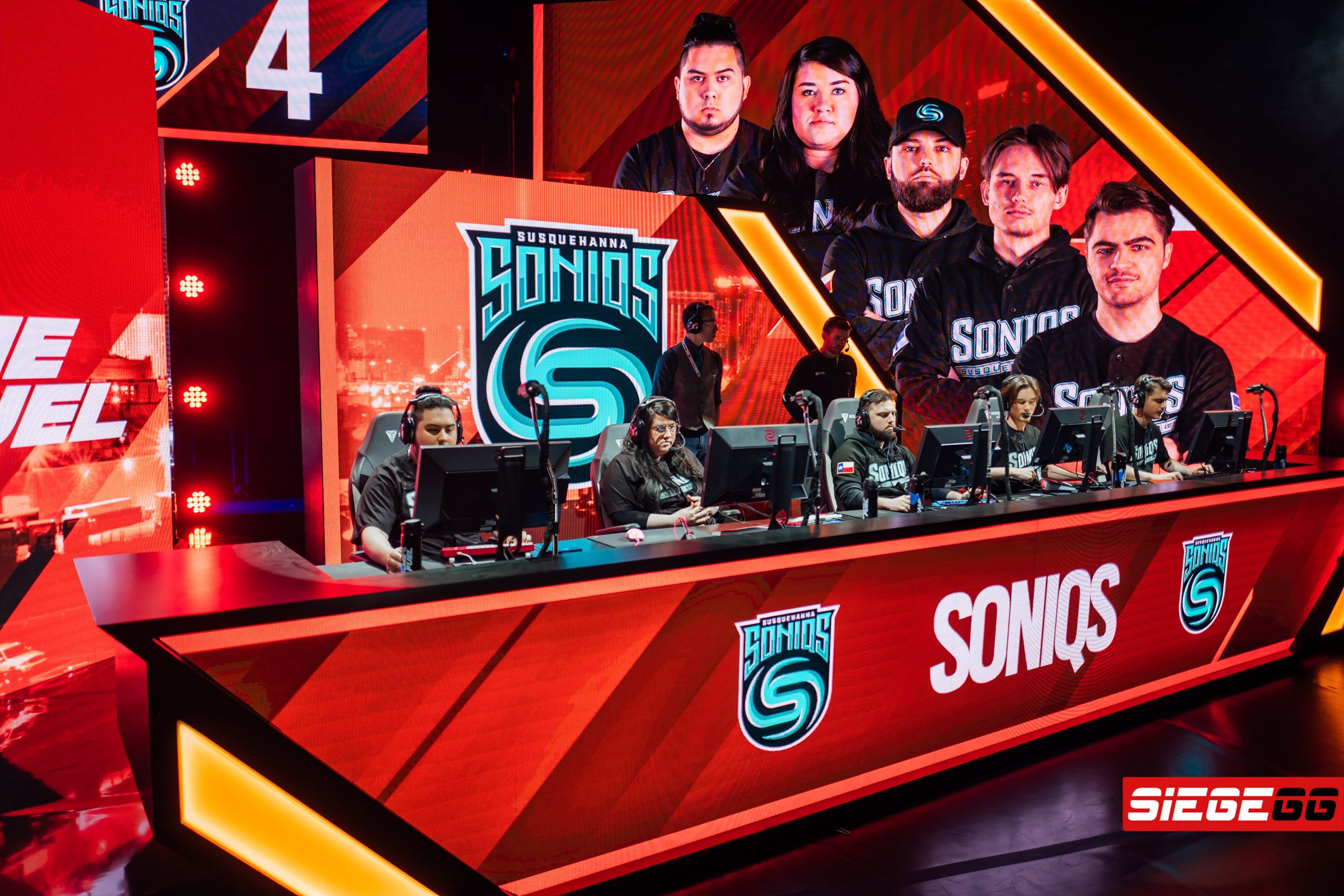 We can debate what the Soniqs could have done with their full roster forever, but it's more prudent to look at the future. This is a team that's going to challenge the top half of the league, especially if this is their first time playing an official match together. A matchup with Disrupt awaits, and the winner could potentially steal a spot in the online major.

The worst week in DarkZero's history: With four map losses in a 72 hour span, DarkZero has completed the worst week in their history as a roster. There's still time to bounce back and secure a spot in the major, but it'll be an uphill battle against several surging teams from the bottom half of the league. It's certainly a disappointing result for a team that looked so strong in the early stages of the split. The season isn't over, a spot in the major is still at stake, but there's a lot there to be frustrated with.

"Convenient rehost" accusations are incredibly weak: One would think that after weeks, months, years of complaints about technical issues and bugs in R6, the wider community would be less conspiratorial about rehosts. Nevertheless, conspiracies flew in the aftermath of Spacestation's rehost during the middle of a ferocious DarkZero comeback bid on Kafe Dostoyevsky. Safe to say, they're absolutely ridiculous.

Next Monday's matches could end up being the best of the season so far: We have two titanic matchups coming on Monday, July 20. First, a revitalized Spacestation Gaming will take on the last undefeated team in the league, Oxygen Esports. Both teams are already qualified for the online Major, so this one will be for bragging rights: will Oxygen remain undefeated, or will Spacestation avenge their early season loss? Also on the docket is Disrupt, a team filled to the brim with potential, and the Susquehanna Soniqs, who are looking formidable at full strength. These are definitely the matches to tune in for, both will be absolute slugfests.

Apparently @VellyCasts needed a quick lesson so we made something up for him. #R6NAL pic.twitter.com/MHQFdNUFqo

this is why eU won pic.twitter.com/WrJBxtZqqS

my boys on @DarkZeroGG will bounce back im sure of it pic.twitter.com/4AmuYRkFFa

When your kid hits a home run at his little league game pic.twitter.com/oljboQuPGL

Catch the next set of games starting at 6 PM EDT on the official Twitch and YouTube channels on 21 July and follow us on Twitter for more coverage of the US Division and other leagues.