The NAL keeps getting more and more exciting. Let's break down this week's action, and talk about the future.

The third week in the U.S. Division saw teams solidify their position, and others slip further from where they want to be.

Three out of the five maps played on Monday went to overtime, and the bout between upstart underdog Disrupt Gaming and Spacestation Gaming featured two of them. One of the overtime maps was on the third map in the Disrupt-Spacestation series, giving us an overtime series point for the ages. As such, it is hardly hyperbole to say the NAL keeps getting better and better play day after play day.

All of the matches are meaningful in their own way as teams attempted to stave off placement in group B, which would have severe consequences on their chances of attending majors, and therefore the Invitational. Monday's games were the final deciders in the equation -- you win, and you're in the winners' group and are likely to score points towards the Invitational, but if you lose, your road just became far more difficult.

Wednesday's games featured Disrupt taking a victory over Tempo Storm in a slugfest and Oxygen becoming the first NAL team to qualify for the Major. Here's a rundown of the highlights.

Stat of the week: Beaulo's 85% KOST, among other things

There were many outstanding individual performances during Monday's matches, including Nick "njr" Rapier's borderline heroic 1.05 KPR against Spacestation Gaming, and Alec "Fultz" Fultz's return to form with a 38-23 K/D, but Jason "Beaulo" Doty stole the show during the second match of the night with 40 kills during just two maps, 1.54 KPR, and an insanely good 85% KOST.

Rainbow Six Siege is a team game, anyone who is halfway decent at the game and understands it on a technical level understands this fully. Sometimes individuals make plays, but most of the time games are won off efficient utility usage, communication, and teamwork. We know all this, but damn if Beaulo didn't make it looks like an individual effort in this week's TSM-Soniqs matchup. 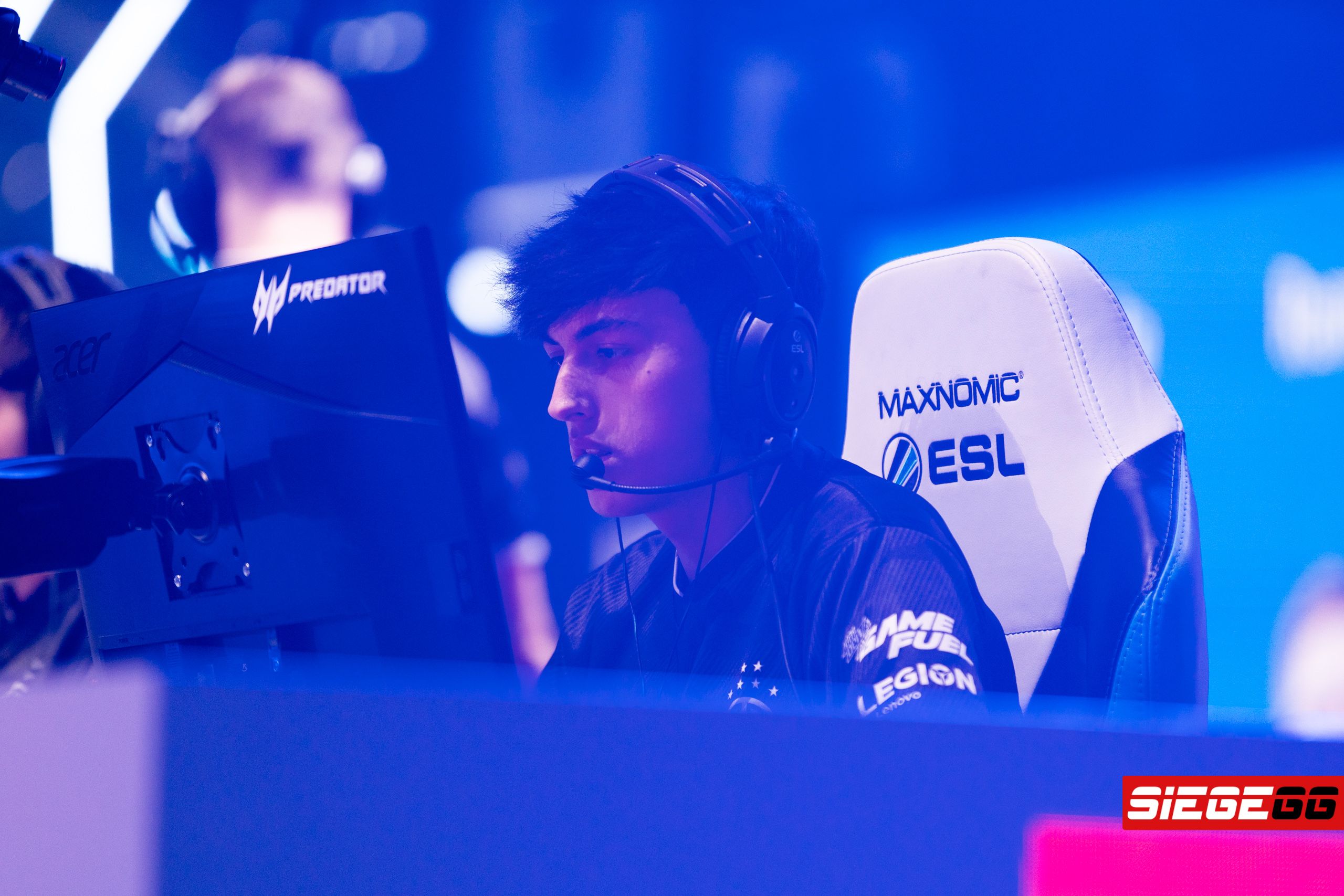 Individual K/D +/- aside (he was 40-14 against the Soniqs and 31-23 against Oxygen for the record), there were moments where Beaulo made it look easy. His individual plays during a hotly contested match gave him an incredibly KOST for how close those maps were. For those uneducated on KOST, your KOST value (in percent) is the proportion of rounds you got a kill, played the objective (planted/defused), survived the round, or were traded. An 85% KOST means Beaulo did one or more of those things in 85% of the 26 rounds played between TSM and the Soniqs.

Again, to reiterate: Beaulo doesn't do all of these things alone. However, it sure can look like it at times. A high KOST ranking is usually one of the best indicators of overall effect on the match, and in this case, Beaulo's other stats reflected his KOST. He was lights-out, and showed off the mechanical talent that's made him a massive following.

Was there any question as to what would go in this section? Javier "ThinkingNade" Escamila showed everyone in North America a new way to defend Armory/Throne on Theme Park with this impressive C4 angle.

His victim, Zachary "Nyx" Thomas, was just as incredulous as most of us were.

I actually was so confused where I got C4ed from.

It's these kinds of intel-based played mixed with individual talent that make the Spacestation plauers so good. They utilize all facets of the map impressively, and are constantly coming up with new ways to deny pressure or kill you.

Storyline of the week: Oxygen qualifies for the Major

It's very easy to look at the stats leaderboard and think that tells the whole story. You could look at it currently and find it easy to talk about Paul "Hyper" Kontopanagiotis, who leads the league in KOST and rating, and his team, DarkZero, could very well qualify for the major very soon as well. You could talk about Beaulo, who has been ripping heads this season, leads the league in K/D +/-, and has been posting stellar stats.

However, the story of this week has been Oxygen Esports and their so far perfect record in the U.S. Division.

This is a team that isn't springboarding to the top off the back of individual performances, far from it. So far this season they've only dropped two maps, to Disrupt Gaming and TSM, and Wednesday night's defeat of the latter qualified them for the mini-Major. 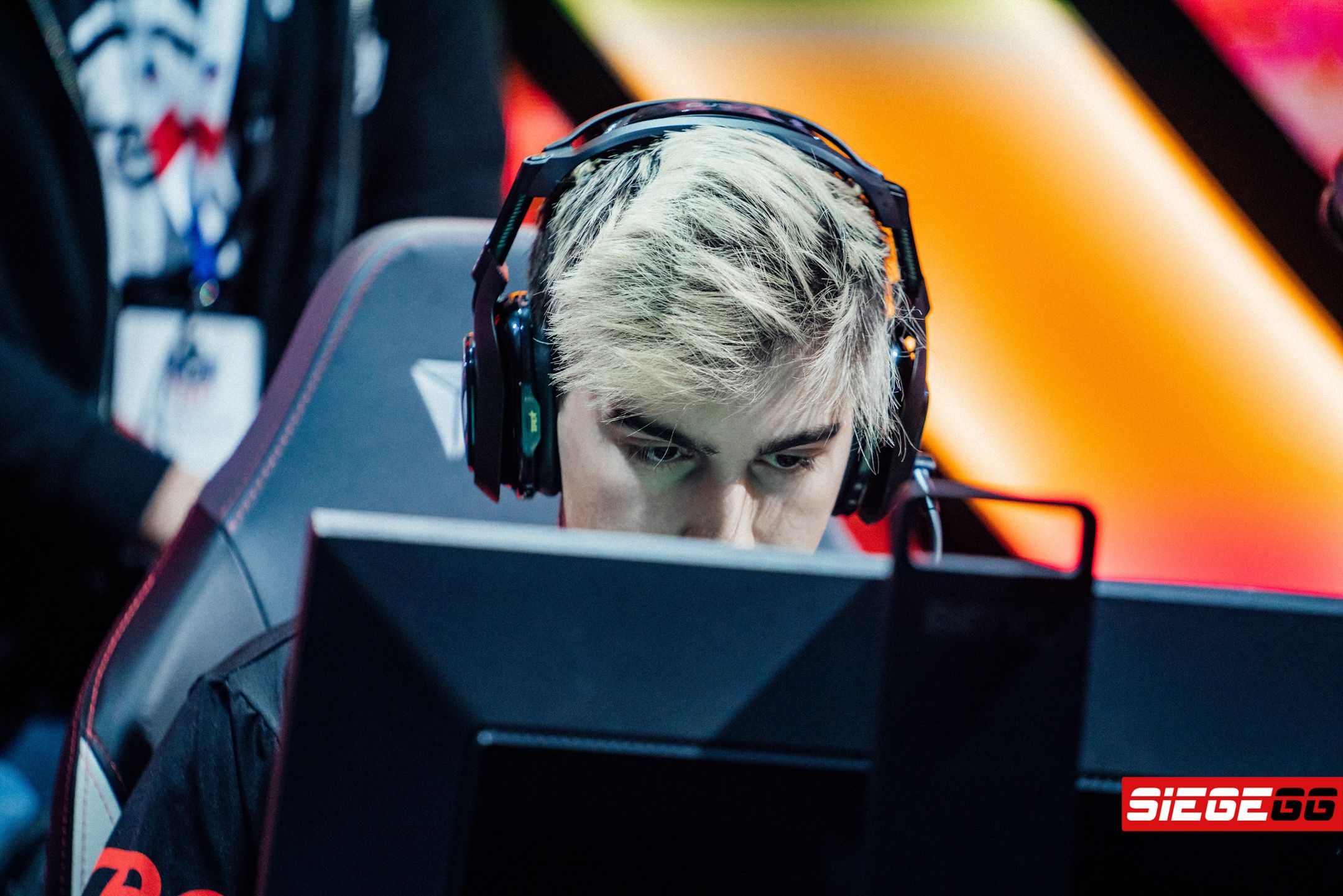 Coming off a fourth place, 6-2-6 finish in Pro League Season 11, many saw this roster's skill when they were firing on all cylinders, but they were inconsistent at times. Now, that inconsistency is gone and the individual skill is being funnelled into a team that's looking like a top-two team in North America. Defeating reigning Invitational champs Spacestation Gaming 2-0, they then put a muzzle on a ferocious TSM roster.

"This has been a structural change for OXG, so it's not something that's going to fade away any time soon," said Jesse Chick. "If the players and support staff continue to put in the work, they'll continue to find success."

They don't lead any statistical categories, though Gabriel "LaXInG" Mirelez is in the top five in terms of Rating, K/D +/-, and KOST. Khalil "b1ologic" Pleas boasts three 1vX clutches in addition to seven plants, good for tied for second and fourth in the league, respectively.

"B1o's been huge, said Jesse Chick. "The fact that he's been able to put up the frags, clutch up when needed, and lead the team all at the same time is super impressive. There's no doubt he's had a huge impact on the team's success."

Spacestation are a dominant roster, DarkZero have the strategical chops, and TSM are supremely talented, yet it was the Oxygen roster who qualified first. Their hard work and a more fundamental approach to the game are paying dividends for a set of players many thought would hover around third to fifth.

Give Fultz his respect: Against Oxygen last week, Fultz didn't have a performance that was up to standards. He came roaring back against Disrupt with a stellar 1.30 rating, 80% KOST, and +15 in K/D. The old Fultz is back, he was placed in positions to succeed and did so in abundance, helping Spacestation to a 2-1 victory over Disrupt.

A full-strength Soniqs will be a problem for the top teams: What the Susquehanna Soniqs acheived in the first phase of Stage 1 was undoubtedly impressive given their limitations. They had four days to prepare their two substitutes before the first match of the stage, and played all three matches with at least one subsitutue. Despite this, they peeled a map off DarkZero and defeated rivals Tempo Storm 2-0. They finished 3-4 in map count in the first phase and took TSM to overtime in one of their losses.

"We expect to be among the top teams, the DarkZeroes, the SSGs, the TSMs," said supr during the broadcasted interviews.

The double GSL format is awesome: You know this, I know this, everyone knows this. The U.S. Division format is excellent and has led to some incredible matches thus far. Best-of-Threes are great, the concept is great, and the execution during Covid-19 has been excellent despite some hiccups. In just about every facet, the NAL in general, and the U.S. Divison specifically, are leading the way in terms of production and entertainment.

"u got games on ur phone?" pic.twitter.com/ket9mF5TES

Me after scrims with some teams “why would he peek like that” pic.twitter.com/Z6XhLHr6hv

I swear @JesseJChick when I made this meme I didn't mean for this to happen😂 pic.twitter.com/DtKKdNv1MC

Catch the next set of games starting at 6 PM EDT on the official Twitch and YouTube channels on 14 July and follow us on Twitter for more coverage of the US Division and other leagues.