US Division 2020: Four Storylines to Keep an Eye On

With the all-new FACEIT North League set to kick off tomorrow with the US Division, here's four storylines that you would be remiss to overlook.

North America may be in the "first" stage of the newly-minted North American League, but the teams involved are not without some history between them. NA is home to Spacestation Gaming, the reigning champions of the Invitational. Nipping at their heels are TSM and DarkZero, who impressed at the Invitational and during Season 11 of Pro League, but haven't been able to close out a non-minor tournament.

Next on the list is the explosive Oxygen Esports, the ex-Team Reciprocity roster which can seemingly be everywhere on the map at all times, and bringing up the rear are the two newcomers (with some old faces) -- the Susquehanna Soniqs and Disrupt Gaming. Tempo Storm and eUnited, meanwhile, will attempt to shrug off disappointing finishes in Season 11 and challenge the current top tier of the league.

Throughout this post, we will take a look at some of the key storylines that will be the most interesting to watch unfold throughout the season. 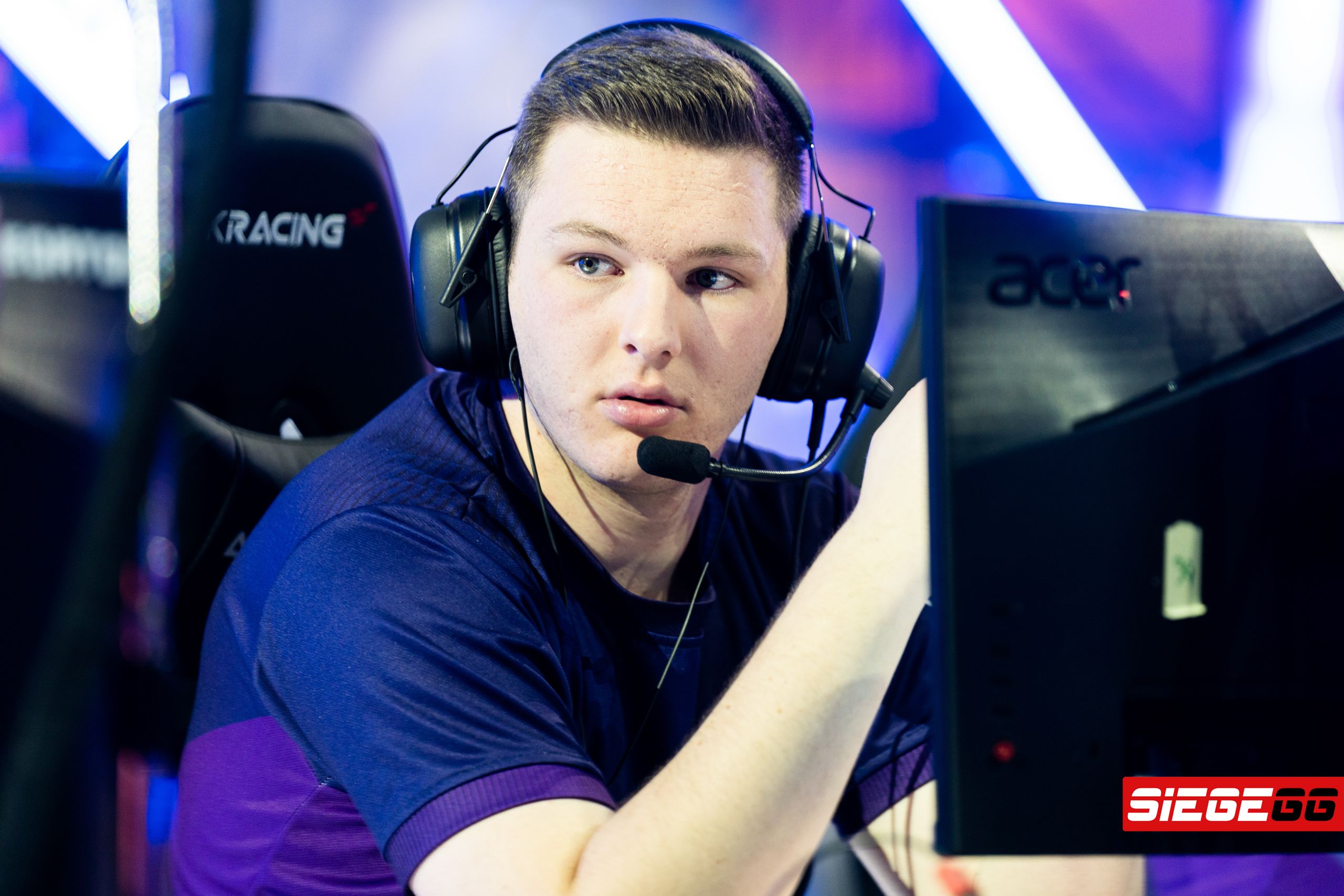 Disrupt Gaming isn't just a new organization to the NAL -- they have a whole brand-new roster, one comprised of a patchwork of players who were solid on their respective teams, but were ultimately dropped. Zachary "Nyx" Thomas and Alexander "Retro" Lloyd, both experienced competitive players, were tapped by Disrupt to form the team.

There's nothing inherently wrong with forming a new roster, far from it. Out of all the teams currently participating in the NAL, however, they're the only ones without a solid, long-term base of non-scrim experience with each other. At the top levels of Rainbow Six, coordination and teamwork win games, and Disrupt have a longer road to get to professional levels of synergy than the other team added, the Susquehanna Soniqs, who have retained a core roster with a couple revolving spots.

Disrupt's early success, or lack thereof, will hinge on their level of coordination in the early days of the league. Nyx and Retro have been teammates recently, for a very brief period of time on Team Reciprocity. Nyx posted a 0.95 rating and Retro a 0.85 while on Reciprocity -- good enough for some roles but outside of the upper echelon of players. They're joined by Read "Read" Adams, Aaron "Shuttle" Dugger, and green newcomer Nick "njr" Rapier.

Disrupt has to gel fast and they will not be getting any breaks in their Week One matchup against an explosive Oxygen Esports team. They'll need their communication to be on point if they're to overcome their early season obstacles.

Who will be Spacestation Gaming's challenger? 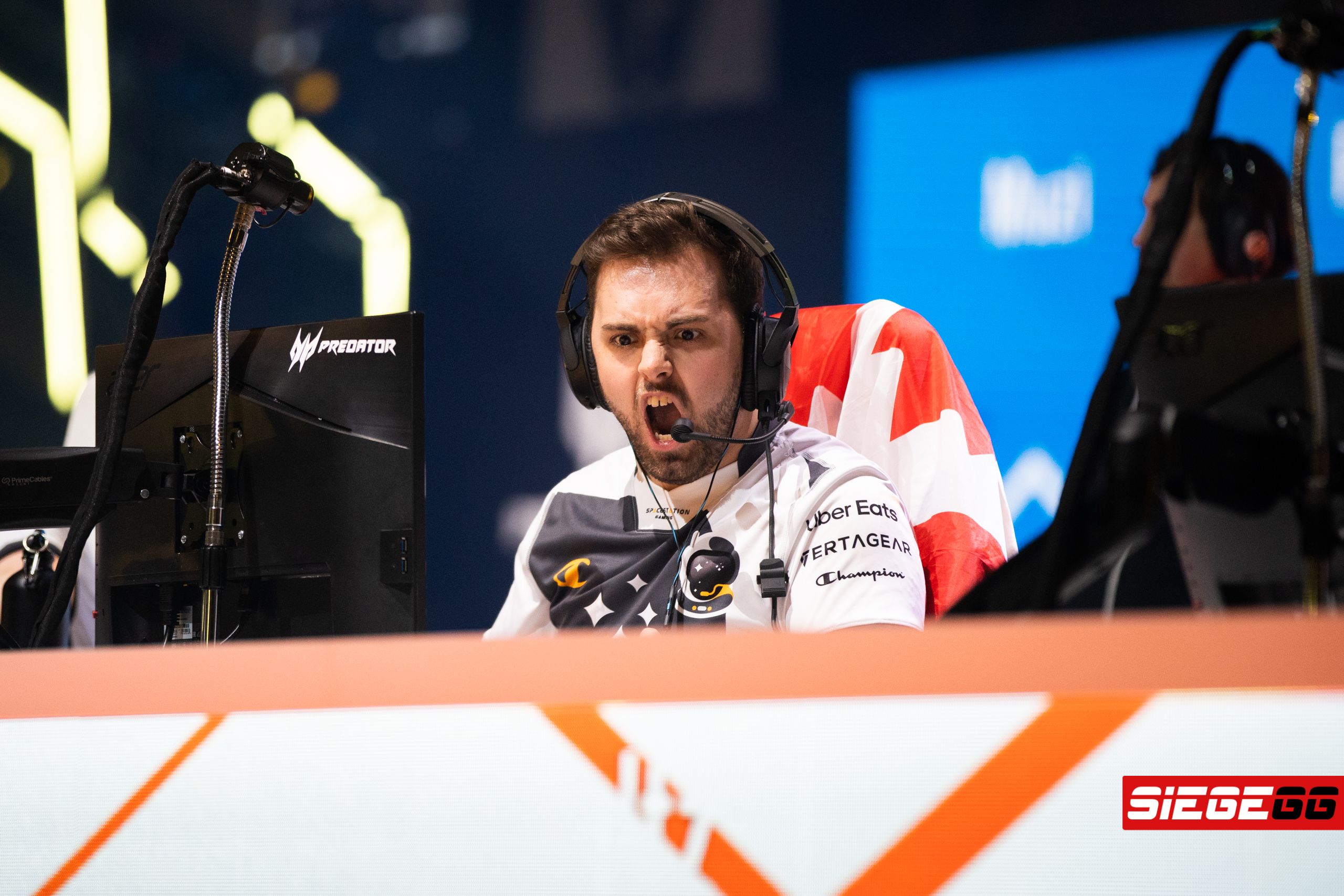 Currently, Spacestation Gaming is the best Rainbow Six Siege team in the world bar none. Their accomplishments, first place in Season 11 of the old NA Pro League and their Invitational title make this an uncontroversial statement, but the current kings of the world aren't without challengers.

TSM were hot on Spacestation's heels during Season 11, and the bombastic squad finished a mere point away from tying Spacestation in the standings. The TSM roster's smooth, flashy, and extremely talented style landed them third place at the Invitational, and after coming so close twice in a row, you can bet that TSM is hungrier than ever for the number one spot. TSM's "pitchfork" of aggression had solid outings in Season 11, being led by Bryan "Merc" Werzek, who boasted a staggering 32 entry kills total and a 1.18 rating.

Don't be fooled by the swagger, though, as TSM is a disciplined, consistent team. Every single player on the Season 11 roster scored at least a 69% KOST and none had higher than Emilio "geoo" Leynez Cuevas' 72%. New to TSM but not to the competitive scene will be Brady "Chala" Davenport, as Owen "Pojoman" Mitura moves to coach.

Another intriguing team in this race is DarkZero Esports, home to the Season 10 NA Pro League champions and Season 10 Finals runners-up. DarkZero seems to be built for the long haul, especially after the addition of Alexander "Skys" Magor and Tyler "Ecl9pse" McMullin following their loss to Natus Vincere in the Season 10 finals.

The DZ squad was right there in the hunt for the Season 11 crown as well, and finished just two points behind TSM, meaning the top three teams in the region finished within three points of each other. Leading the way statistically for DarkZero in Season 11 was Paul "Hyper" Kontopanagiotis, who scored a 1.19 rating with a +37 in K/D.

DarkZero and TSM will clash soon enough, but we'll have to wait to see Spacestation defend the crown against their two biggest challengers. All three teams will be in action though, and we'll be able to debate which team is best in form until their inevitable clashes.

The eclectic Susqehanna Soniqs and their incredible personalities 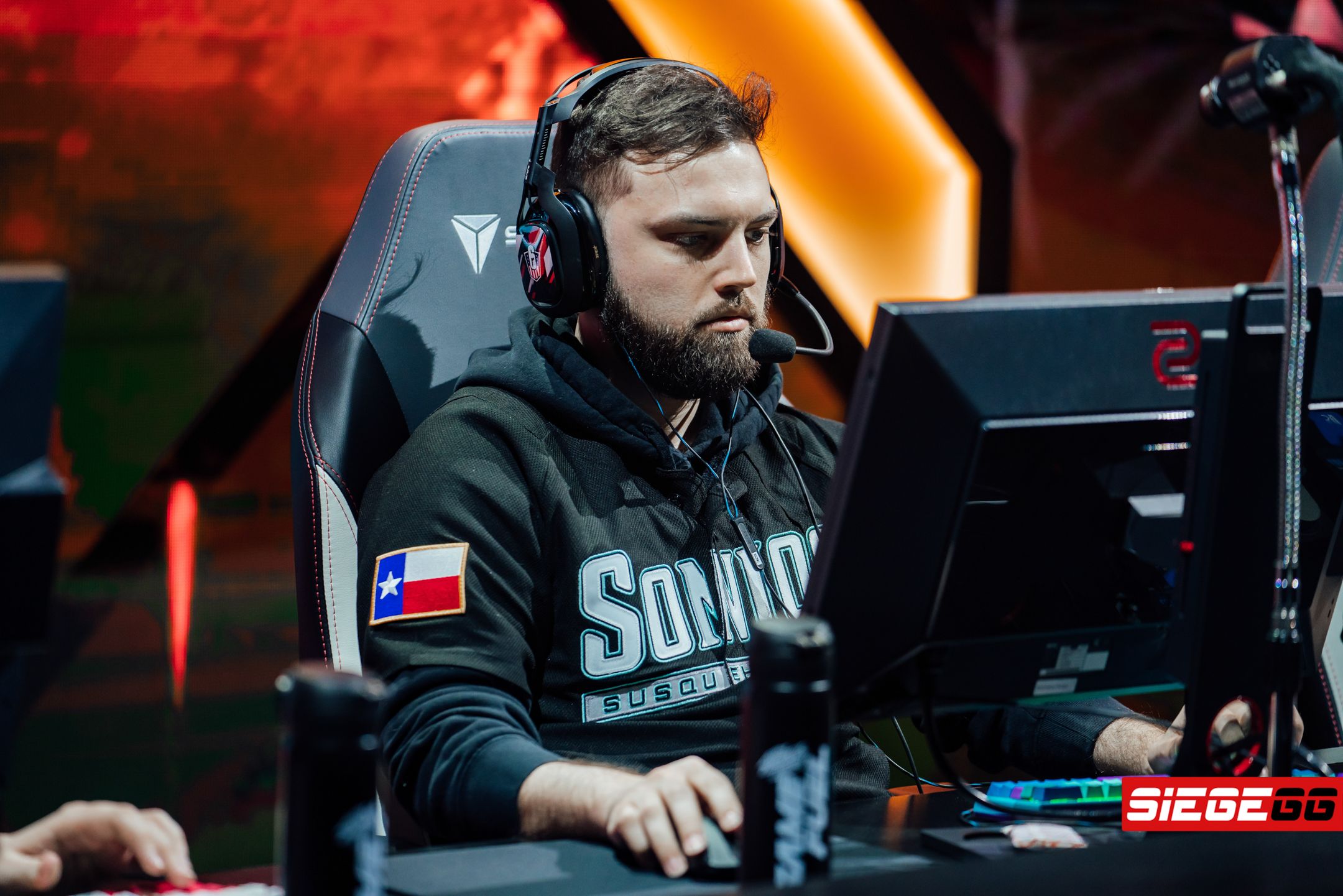 The premiere personality in the North American scene is by far and away Seth "supr" Hoffman. No one quite knows exactly how or when he will antagonize his next opponent or his eternal nemesis, Tempo Storm, but you can be assured it will happen. From showing up to the groups draw looking like Mr. Worldwide in the flesh to conveniently leaving some stats on Twitter that show Tempo Storm players in a bad light, seemingly every other week supr does something that has everyone laughing or furious, and sometimes both.

It's been a while since the Susquehanna Soniqs last played a professional game. For the second most prolific personality in the professional scene, Kevin "Easilyy" Skokowski, it's been around eight months. Easilyy was most recently in Pro League with Rogue, and that's given him a lot of time to have a ton of jokes on Twitter.

How will the Soniqs fare? They've been gone for so long and have had so many moving parts in their roster that we don't really have a clue, and at some point, it doesn't matter. Supr and Easilyy will have them in the spotlight and in headlines no matter what. Any press is good press, and the Soniqs are masters at generating hype.

Which direction will Oxygen trend? 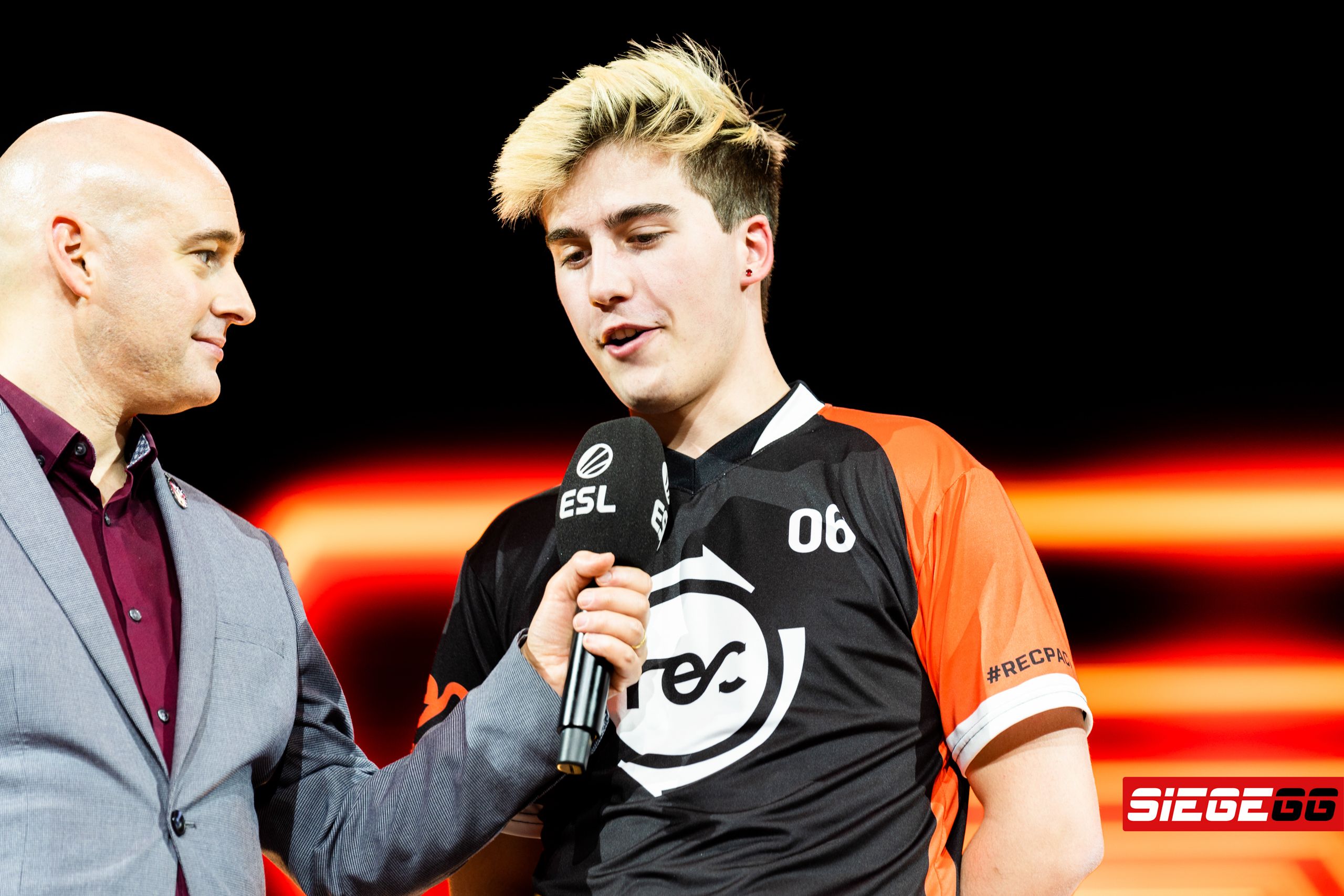 The ex-Reciprocity roster, now playing under the Oxygen Esports banner, seems to always be on the cusp of something. They tend to hover around the top tier of the league, but aren't considered by most to be better than the newly minted Big Three of TSM, Spacestation, and DarkZero. Make no mistake: the exclusion of Oxygen from this top tier of North America may come back to bite several armchair analysts.

On paper, Oxygen has a considerable amount of firepower. Gabriel "LaXInG" Mirelez and Franklyn "VertcL" Andres Cordero are bona fide gunners, sporting a 1.10 and a 1.07 rating during Season 11, respectively. The rest of their team can take over maps as well when given the opportunity. While under the old Team Reciprocity banner, the squad was known for a "feast or famine" style of gameplay, sometimes leading to flashy plays and individuals completely stomping maps, sometimes leading to brutal throws and devastating losses.

The Oxygen roster could go either direction in the standings: they could upset the preseason favorites and play spoiler to Spacestation, TSM, or DarkZero, or they could flounder and sink to the rest of the pack. They'll have a bit of a tune-up game to start the season vs. Disrupt, but will need to play above the expectations they've maybe unfairly been given to crack anything above fourth place.

The NAL will kick off with the US Disivion on June 22, beginning with TSM facing off against Tempo Storm in the early match, and eUnited taking on Spacestation gaming in the nightcap.