The Pro League Preview series will be your guide to the upcoming Pro League season. Each article will discuss, by region, the teams participating, the storylines to follow and give our opinions on the final standings, with Southeast Asia up next.

The Pro League Preview series will be your guide to the upcoming Pro League season. Each article will discuss, by region, the teams participating, the storylines to follow, and give our opinions on the final standings.

Note that the final standing predictions are the author’s alone, but can serve as your guide to form your own opinions (which you are free to share with us on Twitter or in the comments section below). Today’s preview will cover the Southeast Asian subregion in the larger Asia-Pacific (APAC) region.

Season 10 of the Pro League was an exciting one for Southeast Asian fans, with Aerowolf flying the region’s flag high by becoming the first team from the region to qualify for the global Pro League Finals. The veteran team did so despite being beaten to the top step of the Southeast Asian table by the team now known as Qconfirm (previously Xavier Esports), who had collected two points more than Aerowolf to finish the season with 33.

Far adrift Aerowolf, by a margin of fourteen points, was Xavier Esports (previously NEX Esports) in third place, with MBT Impetus (taking a break for Season 11) leading Lese Esports while being tied on 13 points. With a mere eight points was the now-disbanded Luminescent while Team Void saw itself relegated with seven points. Scrypt E-Sports, on the other hand, was well on course for third place but saw itself disqualified after fielding an underaged player -- though the team made its way back to the Pro League after qualifying for and finishing second in the Challenger League.

This upcoming season will feature eight teams from across Southeast Asia:

In the section below, you will find a collection of each teams’ prediction, roster moves and current roster, and a storyline to watch for the team as the season progresses.

A Fight for Southeast Asian Supremacy

APAC champions Aerowolf may be and beaten Giants Gaming they may have, but Season 11 is unlikely to be as smooth domestically for the team as Season 10 was. Having lost longtime member MentalistC to APAC arch-rivals Fnatic due to an inability for him to continue studying in Singapore while playing for Aerowolf, the Singaporean team is certainly weakened. The newcomer to the main lineup, jrdn, is no slouch -- having played for Team Void previously -- but  it remains to be seen how Aerowolf performs with him in the mix in place of MentalistC.

What’s more, with the rise of other teams in the region, Aerowolf is sure to face a tough fight from longtime rivals Qconfirm and the new challengers of Xavier Esports and Scrypt E-Sports. Nevertheless, with ingenuity and experience on their side, Aerowolf’s players are likely to be able to shake off the challenges and finish top in their subregion.

Xavier Esports is a name not new to the scene, but this roster is certainly new to the organisation. Formerly known as NEX Esports in Season 10 of the Pro League, the additions of BabyPiG and Z3N to the roster have seemingly lit a fire in the team. Defeating their nearest rivals of Qconfirm (the former Xavier Esports roster) and Scrypt E-Sports with ease in the SEA Six Invitational Qualifier, the team now heads to Sydney for the qualifier LAN.

Led by redsun00, from the old Xavier Esports roster, experience is certainly not lacking on the roster compared to the other teams in the subregion. BabyPiG (formerly known as Scatman), too, had been to the Season 10 Finals with Qconfirm and his effect on Xavier has been as the team would have hoped. With fresh strategies and strong gunplay, Xavier is very likely to make it to the top two in Season 11.

An end to Dominance

Having dominated the SEA Pro League for a lot of 2018 and all of 2019, it seems that the former Xavier Esports roster's dominance is at an end. Now playing for Qconfirm, and having lost BabyPiG (formerly Scatman), the roster seems to have lost much of that magic that saw it shoot to the top of Southeast Asia. Losses to Xavier Esports (1-2) and Scrypt E-Sports (0-2) could mean that those two teams caught Qconfirm on a bad day, but given the strategies on employ, it seemed that they had instead figured Qconfirm out.

These losses followed a map loss in the Pro League to Aerowolf after the Singaporeans had defeated the Thai team 2-0 twice in the Six Major Raleigh qualifier -- a feat that had never happened before. However, while Qconfirm's stranglehold on the Southeast Asian throne might be coming to an end, the team is still fearsome in its own right and should largely see off the challenge from most of the subregion.

A Season to Rebuild

After suffering the ignominy of disqualification from Season 10 for fielding an underaged player, Scrypt E-Sports has made its way back to the Pro League. Coming back from retirement is former Aerowolf player Array, who had left the team at the halfway mark of Season 9, and joining him on Scrypt will be Tolji. While Scrypt had nearly beaten Aerowolf to the APAC Finals spot in Season 9, the team was not quite on par with them for Season 10 even before disqualification.

Disqualification had meant that the team had to come together again without the disqualified players and play in Season 10 of the Challenger League -- a feat made possible by the unique Challenger League structure in APAC. While Scrypt had been expected to dominate the opposition, the Indonesians could only finish second. However, Scrypt made a strong run in the Six Invitational Qualifier and could well challenge Qconfirm for third place.

In the Pro League at Last

Having been around the scene since Season 7, Valor eSports has never looked stronger than now. After previous failures to cement a consistent roster and make it to the Pro League, the team has finally achieved success. Having the services of a young Skitter seems to have been serving the team well, as it finished top of Season 10 of the Challenger League with eight wins, one draw, and one loss.

Given the limited coverage of Challenger League in Southeast Asia, though, there is not much outside of on-paper results to look at, but Valor finishing ahead of Scrypt in Season 10 is especially an important metric, though it is unlikely that the Singaporeans -- with reduced experience compared to the Indonesians -- are able to repeat that in the Pro League.

A Struggle to Make a Mark

Lese Esports may have played out the entirety of Season 10 of the Pro League and finished in fourth place, but the strength of the opposition for Season 11 is likely to give them cause for concern. With the three teams they had beaten in Season 10 having taken a break, disbanded, or having been unable to make it back to the Pro League, they have become the weakest Season 10 Pro League team.

Furthermore, had Scrypt not been disqualified, it is likely Lese would have been fifth in Season 10. Roster changes also add to volatility for the team, and it is unclear how long they will need to adjust to the new lineup in a competitive setting. Being the only team with a coach, though, Lese will be hoping that will be a significant advantage, but it's likely that the Malaysians will struggle to go higher than sixth. 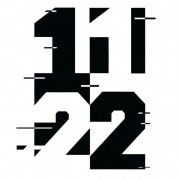 Not Quite Pro League Material

Team1122 is a name that the old guards of Southeast Asia -- Aerowolf, in particular -- will be very familiar with. Back when Aerowolf (then Team Envy) had qualified for the Six Invitational 2017, Team1122 had been one of the most fearsome opponents in all of APAC and had given Aerowolf a tough fight. Since then, though, being based in China had limited opportunities for 1122 to make progress. While a few of its players were invited to the Six Invitational 2018 as uL Gaming for a showmatch, that was about all the taste of the Pro League they got.

Since then, the APAC region has passed the players by and 1122 finds itself well behind the curve. Having finished third in the Challenger League last season, their performance was disappointing, but thanks to Pro League teams dropping out, the team has made it to the competition. It is unlikely, though, that Fnatic player Lusty's former team will be able to hang with most of the other Pro League teams and is likely to be relegated. 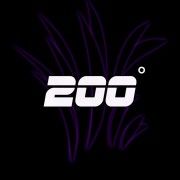 Lucky to be Here

Having played Season 10 of the Challenger League as Daivo.Redragon, 200 Degrees was extremely lucky to even make it to the Pro League. Finishing fourth in the Challenger League in Southeast Asia is a poor result to say the least, and with limited competitive experience for its players across the board, it is unlikely that the team can do any better than relegation.

The team could, in effect, spring some surprises by virtue of having all its strategies hidden away, but with proper strategies in limited employ in the sub-region (and the more experienced teams likely able to simply rely on gun skill), odds are that 200 Degrees will be headed straight back down.

Catch the start of Season 11 of the Southeast Asian Pro League on the Rainbow6SEA Twitch channel from the 8th of January at 7 PM SGT (GMT+8) to see if these predictions -- or your own -- start to come to fruition.