Six Masters 2019: Everything We Know!

With the Six Masters set to have its LAN Finals this weekend, here is everything you need to know about the event.

After a very different Six Masters in 2018 that saw four teams invited to Melbourne to play, including NORA-Rengo from Japan, the tournament is back and is a lot bigger than before. Heading to the Margaret Court Arena as part of the Melbourne Esports Open, 2019’s twelve teams have now been cut down to eight. 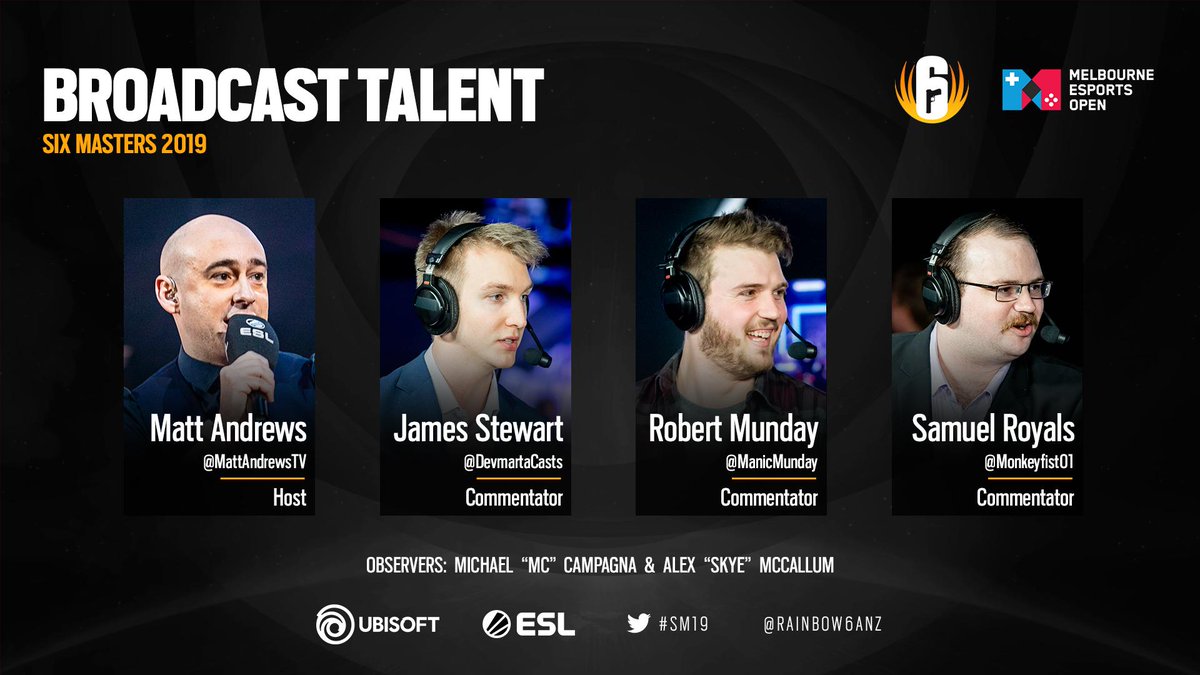 Spearheading the broadcast over the weekend will be the host, Matt Andrews, who makes his way down under for his first Rainbow Six event in the region. Joining him will be James “Devmarta” Stewart, Robert “Manic” Munday, and Samuel “Monkeyfist” Royals as casters. On observation duty will be Michael “MC” Campagna and Alex “Skye” McCallum, and together will be bringing all the action live to the Rainbow6 Twitch channel.

The Story Until Now

With twelve teams -- all hailing from Australia and New Zealand this time -- invited or qualified, two groups with six teams each were set up with the goal of finding the top eight teams in the region and bringing them to the LAN Finals held from the 31st of August to the 1st of September. Each team would play one another in a single round-robin format with Best-of-Three games, with three points awarded for a win.

Group A, comprising of ANZ heavyweights 0RGL3SS, ACME Association, Team SiNister, Oddity Esports, Team CryptiK (originally Zealous) and Power Plays eventually saw Power Plays disband two weeks into the competition, voiding all past and future results against them. Eventually, despite Oddity seemingly more focused on the Pro League and only winning one game, it would be Team CryptiK to be the sole team unable to make it out of the groups. 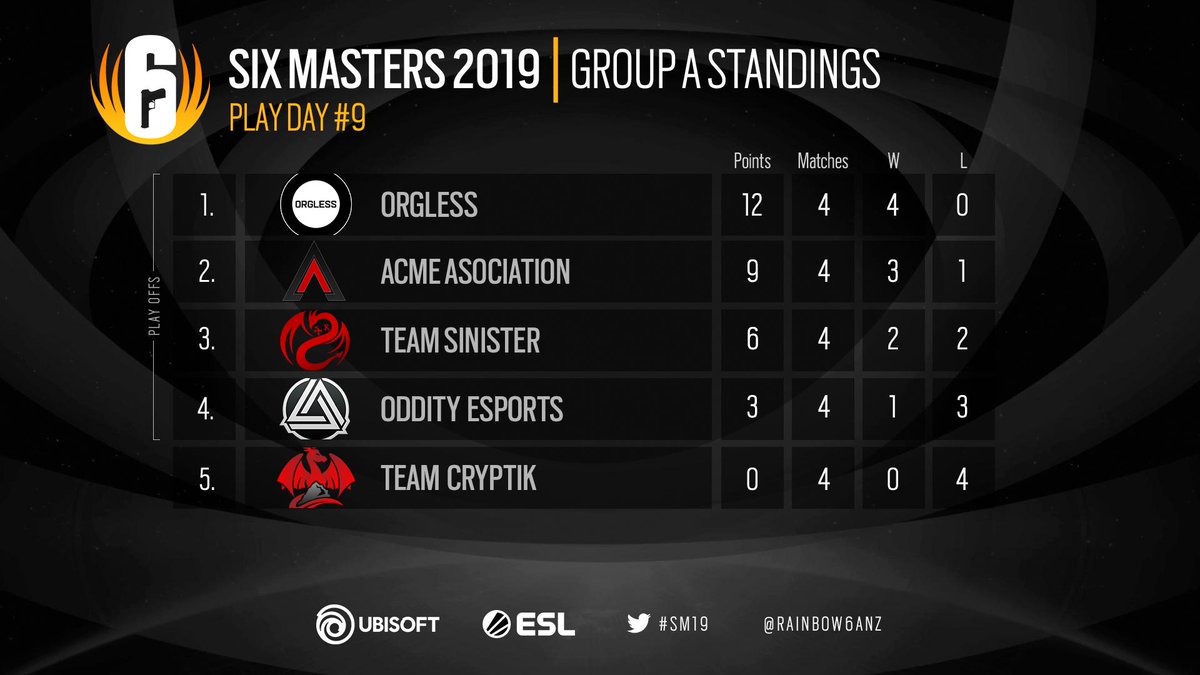 Group B was headed by international giants Fnatic, who were eager to defend their title, FURY, Mindfreak, Rhythm, Sleeper Gaming, and the highly exciting young guns of Extricity. However, despite nearly beating Fnatic 2-1 and nearly taking a map off Mindfreak, Extricity would eventually disappoint, finishing at the bottom of their group with not a single win to their name. Sleeper, too, would be eliminated despite having the same points as Rhythm thanks to the latter’s 2-0 victory over the former. 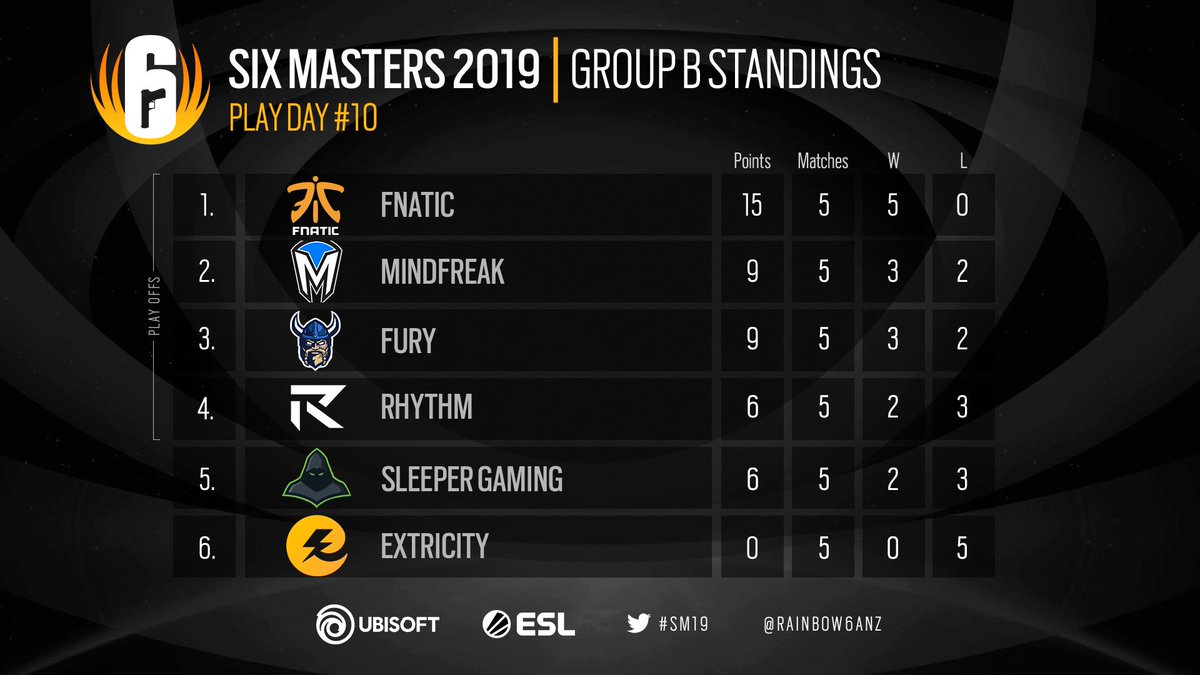 The LAN Finals will be following a very familiar eight-team, single-elimination, Best-of-Three format. In the upper half of the bracket, 0RGL3SS takes on Rhythm, ACME plays Mindfreak, while Fnatic plays Oddity and SiNister takes on FURY in the lower half. While the latter three games will be played on-stage on Saturday, the first game between Rhythm and 0RGL3SS will be played on Friday at 5 PM AEST (GMT+10).

Of the eight teams left, only Rhythm and ACME are not in the Pro League, and will face tough competition -- especially given the fact that they are up against strong squads in the form of 0RGL3SS and Mindfreak. Team SiNister and FURY, though, will be very evenly matched as they currently sit at the bottom of the Pro League with two and four points, respectively. 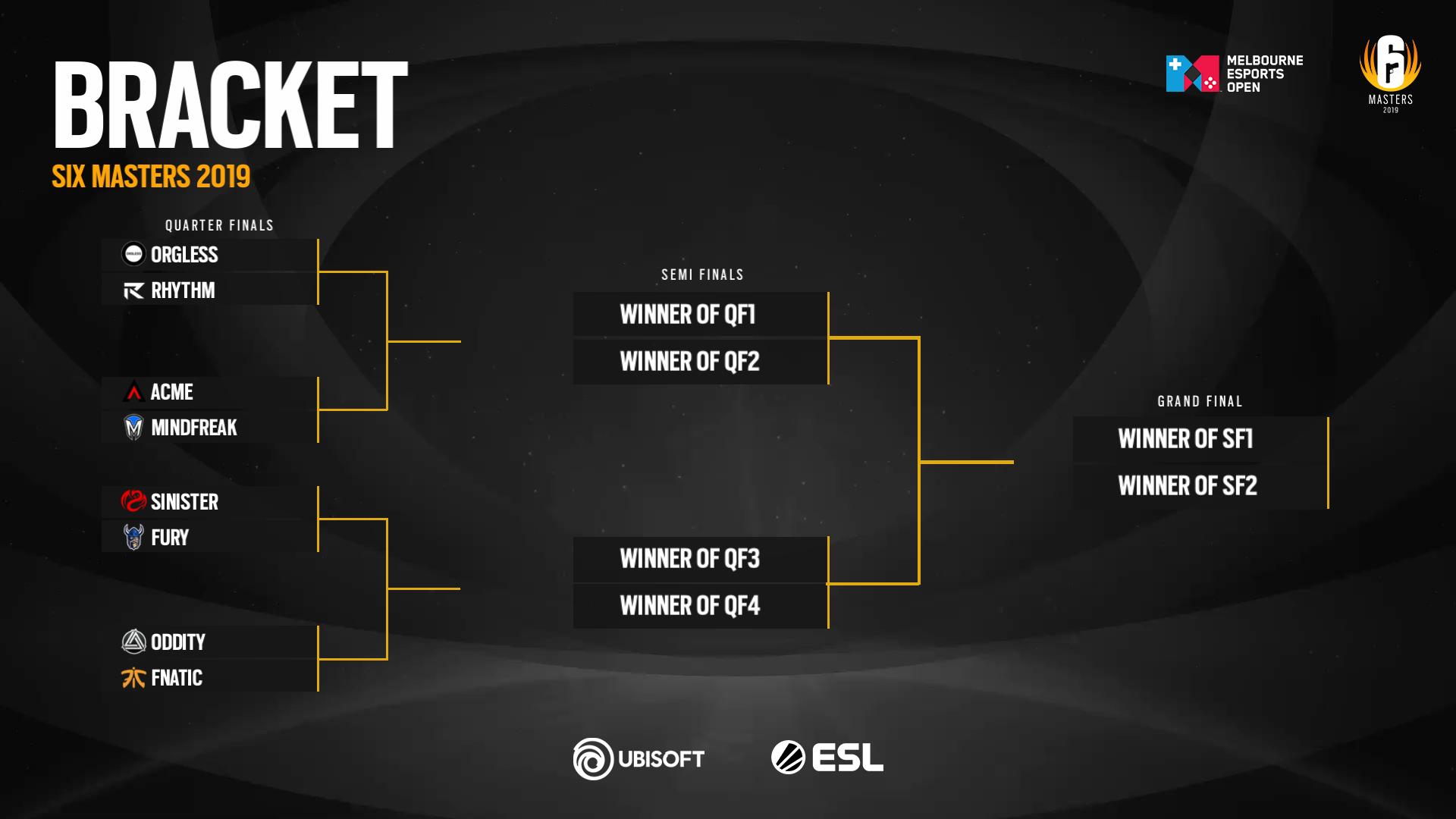 However, the match to watch is likely to be the fourth and final quarter-final. Oddity Esports, currently just three points behind Fnatic in the Pro League, will not find it easy against their esteemed opponents, but may be smelling blood in the water after Fnatic’s struggle at the Six Major Raleigh. Fnatic, on the other hand, will be eager to flex their muscles and remind their home region just what makes them the best team in the region by winning the Six Masters again.

The Six Masters 2019 Finals will be held at the Margaret Court Arena in Melbourne as part of the Melbourne Esports Open (MEO), with tickets still available for purchase on the MEO website. Purchase of the tickets will also allow access to the other events scheduled, such as the Overwatch Contenders Australia 2019 Season 2 Finals, or the Open Tournaments that include Counter-Strike: Global Offensive, Fortnite, and Halo.