PG Nationals: Everything You Need to Know!

Last Tuesday, the PG Nationals kicked off, with eight teams battling to be crowned as the best Italian team. 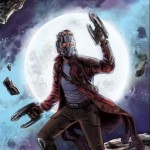 After the conclusion of the ESL Italia Championship last December, the competitive Rainbow Six Siege scene comes back to Italy with the introduction of a new league: the PG Nationals. This new project will be composed of eight organisations, with Mkers and QLASH being the most recognisable ones.

How does the tournament work?

The tournament presents some differences with its predecessor, the ESL Italia Championship. The main difference is the number of competing teams: eight instead of ten.

With eight organisations in the competition, and with a double round-robin format, there will be a total of 14 game days. Once all the matches are done, the top four teams will make it the Finals.

Even though there are only three foreign competitors -- one British, one Swiss and one Swedish -- all the teams must compete with at least three Italian players.

A tally of eight teams will be part of the Italian tournament: Mkers, Cyberground Gaming, Outplayed, QLASH, Italian Gaming Project, Notorious Legion, Samsung Morning Stars, and ExAequo Quantix. The first four mentioned teams were automatically qualified after finishing in the first four places of the ESL Italia Championship, while the other four teams got their spots by playing the closed and open qualifiers.

Mkers are definitely the team to beat; after winning all the past nationals tournaments of Italy and being the only Italian team to qualify for Challenger League, it is clear that they are the team that wil most likely will be crowned champions. Mkers aquired the roster of EnD Gaming just a few weeks before the start of the tournament, adding Blurr after the decision of Panix to not continue with the team.

Cyberground have always been one of the top contenders for the big title, and with the addition of waNted and the return of Pyro, they are looking a lot stronger.

Outplayed is a totally new roster that got announced just a few days before the start of the tournament. The players aren't completly new to the Italian scene but they definitely have yet to show up to their potential.

In this roster, the most famous name is likely to be Hunter. He is the only player that has competed in an international level, and will be key for Notorious Legion in living up to the billing as one of the tournament favourites.

This is a team that surprised everyone after qualifying through the open qualifiers very easily, beating everyone that they had to play against. Keep an eye on these guys, because they are definitely not to be underestimated.

Similar to Outplayed, this is a very new roster, with players that have never been seen before. Without experience at major tournaments in Italy, QLASH will try to cause an upset.

IGP has always been in the Italian scene but has rarely made a big impact, but this time with some new addition to the roster like Sasha, they are likely to try to change history.

This roster is definetly the underdog, being composed of some known players in the Italian scene, but it doesn't look like that they will be one of the top contenders of this tournament, though only time will tell.

The broadcast team will be formed by the following casters / analysts:

The matches will be played every Tuesday and Wednesday from 7 PM CET (GMT+1) and will be broadcast on the rainbow6it Twitch channel.

You can visit and check the PG Nationals schedule on their official website.

The first week has already been played and the results were pretty unexpected.

The standings show Mkers in the lead as expected, but the surprising result is from Samsung Morning Stars sitting undefeated in second.

The PG Nationals grand finals will be held in Rome at the Teatro Olimpico, on the 27th of July.

Catch all the action every Tuesday and Wednesday from 7 PM CET (GMT+1) on the rainbow6it Twitch channel.