Smoke is a defending Rainbow Six Siege operator, who is played in 64% of all rounds in SiegeGG-tracked matches.

Kamikaze has played the most rounds in their career with Smoke. They are closely followed by Bosco, whose favorite operator is Smoke.

When thinking of defenders, we usually think of the most famous and used ones —  Jäger, Lesion, or even Tachanka. Smoke has been on the Rainbow squad since the game was first released, one reason why he is also one of the big names in the game.

This operator is perfect in defensive tasks. Here's why.

James "Smoke" Porter wasn't known for his studying skills, however, aptitude tests revealed "his propensity for sciences," says Ubisoft's biography. His parents and teachers gave him the opportunity to have an "unorthodox manner" of education, combining tutors, home-schooling, and field science. Quickly, he "developed his skills in chemistry, biology, and math."

Despite his skills, he did not want to continue studying. According to Ubisoft's biography, he "forged a fake ID" and "enlisted in the British Army." He wasn't the brightest man, but his superiors recognized his skills and "innovation and strategic perspective." His experiences in the army were tough, as he broke various rules.

However, he joined the SAS. He doesn't like to follow the rules and prefers to do everything on his own, in his own way. According to Ubisoft, he "does not excel in a formal training capacity." Smoke's loadout is one of the greatest in the game. He is usually seen with the M590A1 Shotgun, the SMG-11, and the shield. With the shotgun, he is able to open rotations and make holes to create different angle sights. It is very useful.

He also brings a shield with him, a key piece in many strats in the game.

Smoke is an anchor. He usually stays on site for the whole round, and his main duty is to protect it. He comes into action at the end of the rounds, as he uses his toxic canisters to keep the attackers away from the site.

He can also be used as a flex, play in a specific room or place, make the attackers lose time and utility, and go back site once his work is done. Playing Smoke is incredibly fun and we encourage you to explore the game with the SAS operator!

How to use Smoke's gadget in Rainbow Six Siege

Smoke's toxic canister is one of the most strong defender utilities. When deployed and activated, these release a toxic gas that affects everyone in the area — including teammates.

The toxic gas stands for 10 seconds. With three canisters in his pocket, this means that he can stop attackers for 30 seconds. This makes Smoke an incredibly strong operator to hold certain areas or to waste attackers' time. 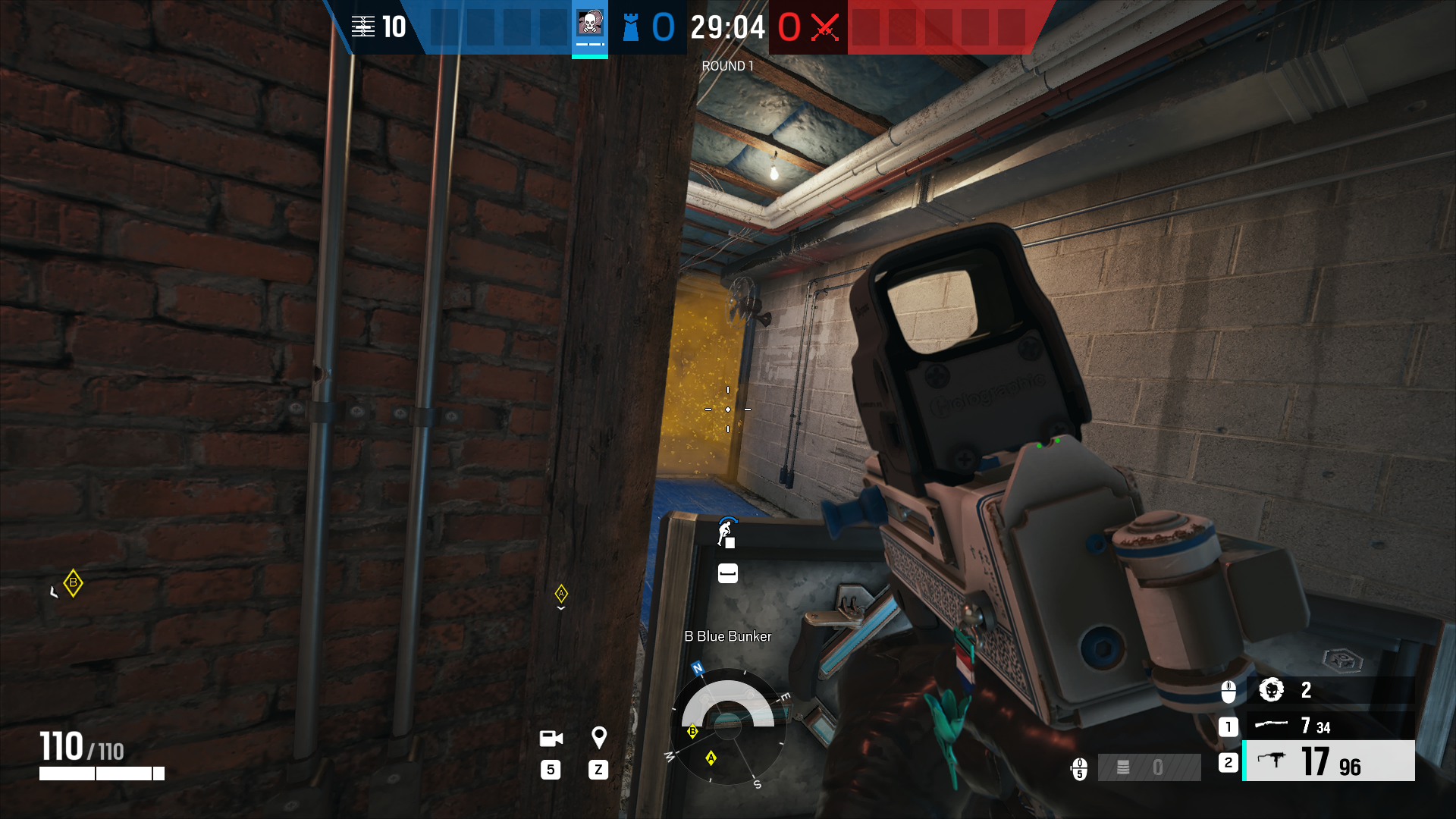 One of the most used strats with smokes is the Blue Bunker setup. Smoke's shield and Jäger's ADS are combined to stop the attackers from pushing Blue Bunker. Once the attackers have used the utility to clear the ADS' and the shield, Smokes leaves the bunker and reinforces the rotation hole.

Bank also has some well-known Smoke strats. Smoke is really important in the basement, as he can hold the attackers' final push and deny any plant for 30 seconds. You can combine that with a Mira, and make the holes to the left instead of to the right part of the wall. 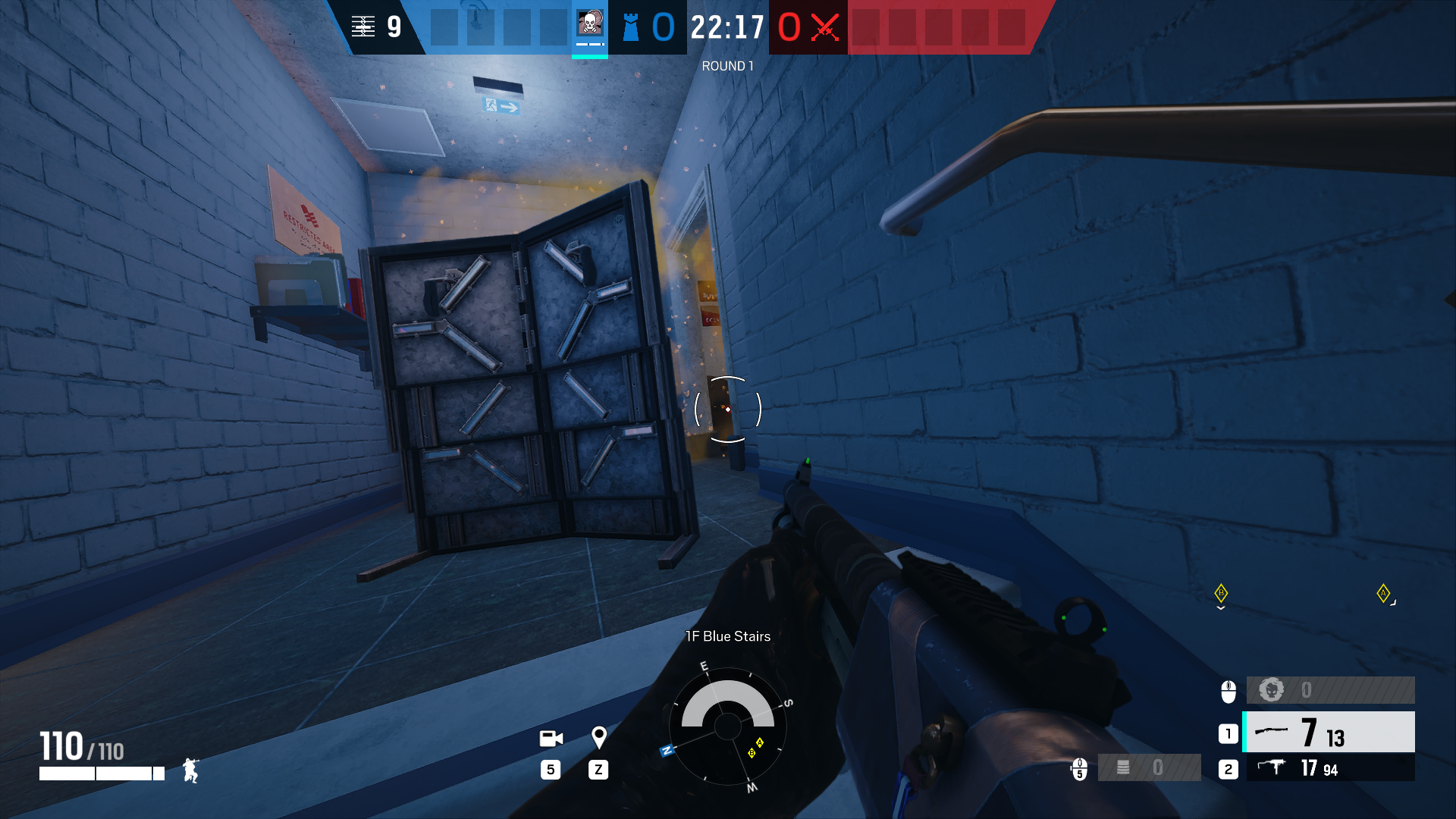 Another strat used in Bank is holding blue for as much as possible. Just like in Oregon, this needs Jäger's help. You must also reinforce Square's hatch, and have people helping you in case someone is pushing from Server.

Playing Smoke is fun in Siege! Explore the game with the SAS operator, you won't regret it.

There's no counter for Smoke, simple as that.

His gadget can be destroyed with bullets, but it is very difficult to accomplish that. In order to do that, you should shoot at it before it explodes. It is like playing skeet shooting, but you don't know when the target will be thrown. Smoke's canisters are like C4's, you can only stop them if you are quick enough to shoot them. Difficult task.

We have seen professional teams' countering smoke though. If you bring a Thatcher and throw his EMPs just before the Smoke canister is thrown and activated, the canister won't be able to spread the gas as it's an electronic device. This is so difficult to do that we wouldn't consider it a counter, but the option is there.

Smoke has many skins to choose from, but we have picked three. 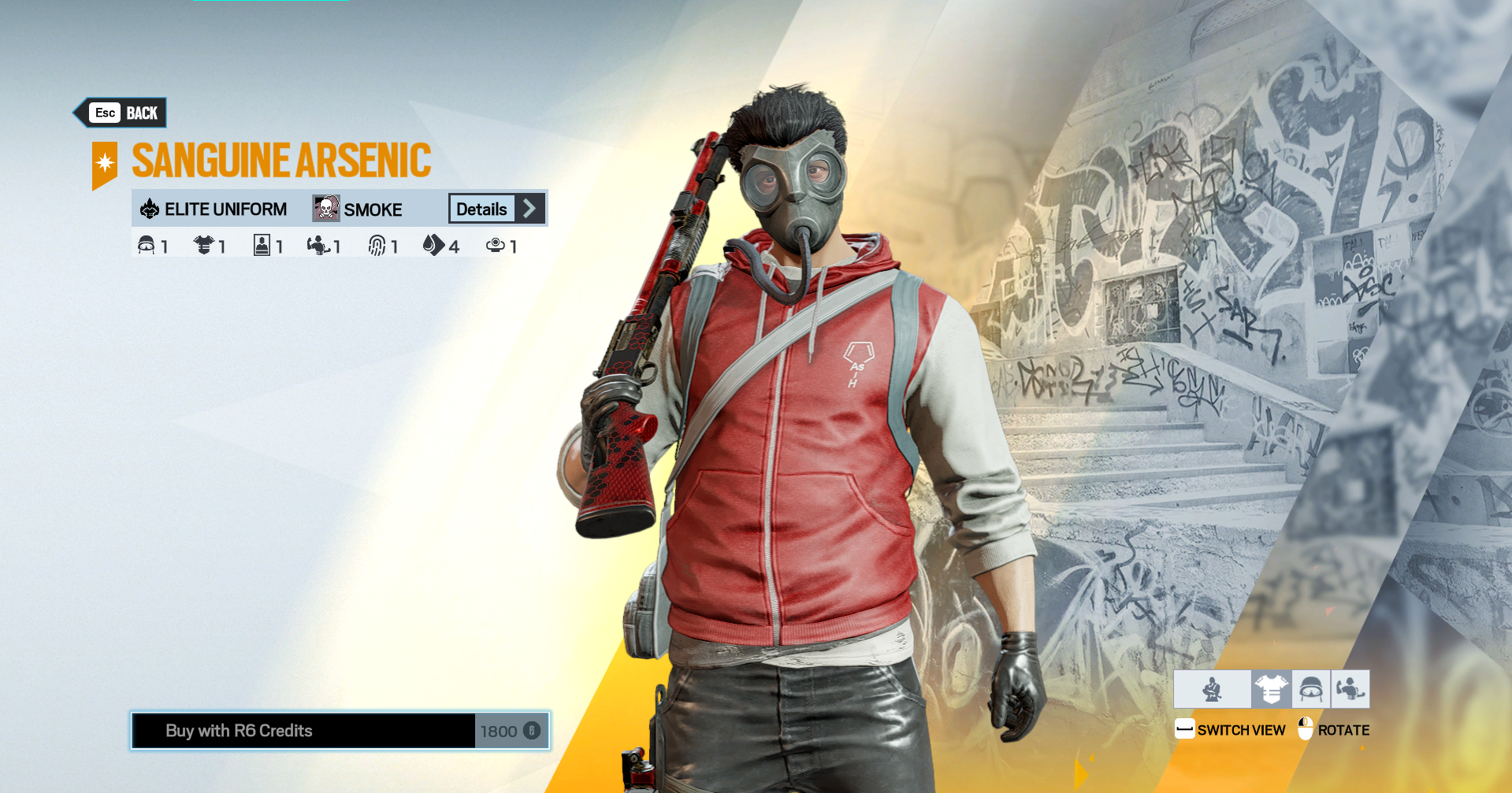 Smoke's Elite Skin is one of the best in the game. His victory celebration sees him deploying one of his canisters, making him look really cool. It is a nice concept considering his biography. 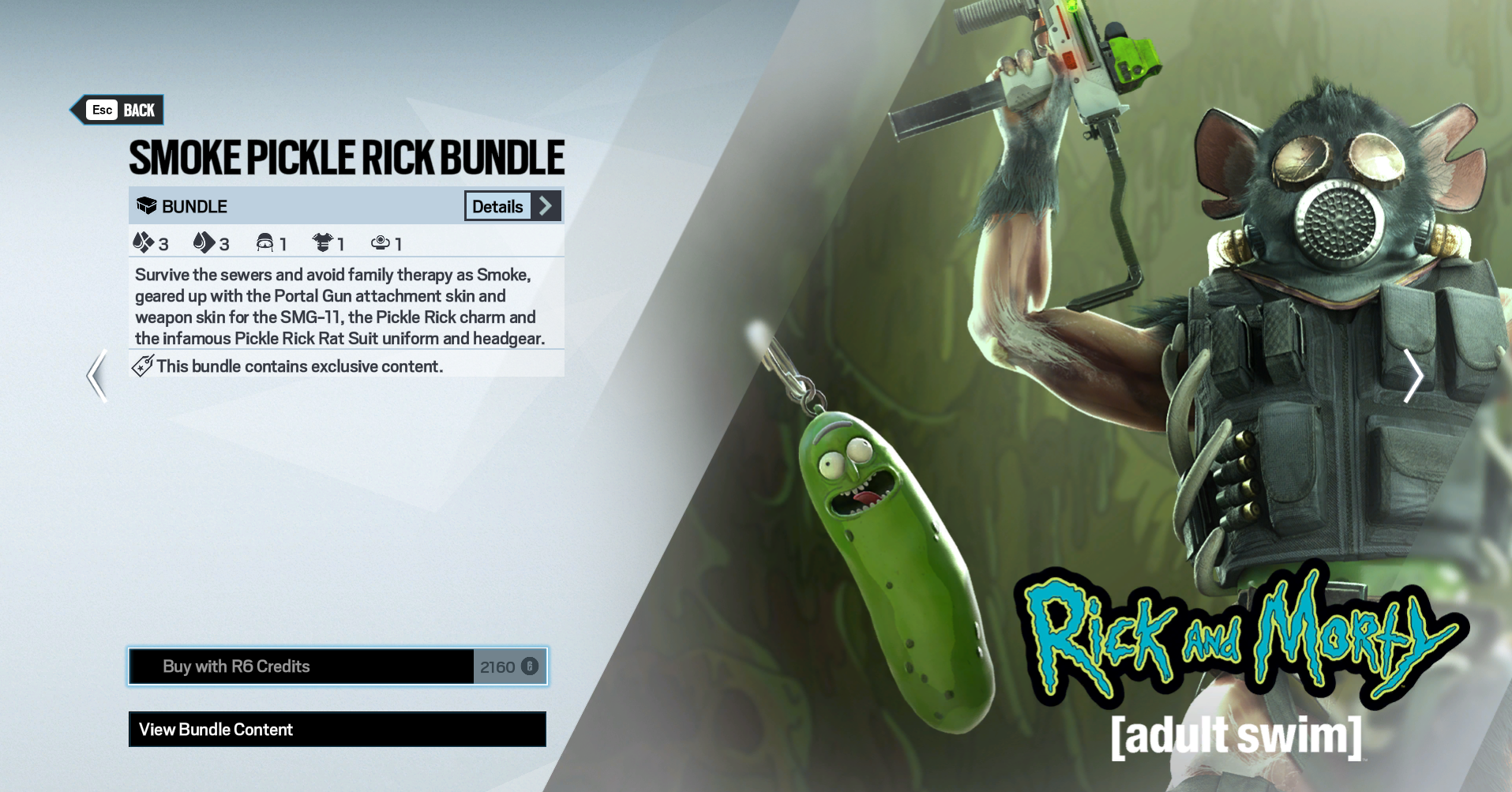 Rainbow Six Siege's recent partnership with Rick and Morty includes a special bundle for Smoke. This bundle is inspired by Rick and Morty's famous episode "Pickle Rick," where Rick transforms himself into a pickle to escape from family therapy. Genious. Team Secret's R6 Share skin is clearly inspired by the popular Black Ice gun skin. Due to its similarity, people seem to like this gun skin.